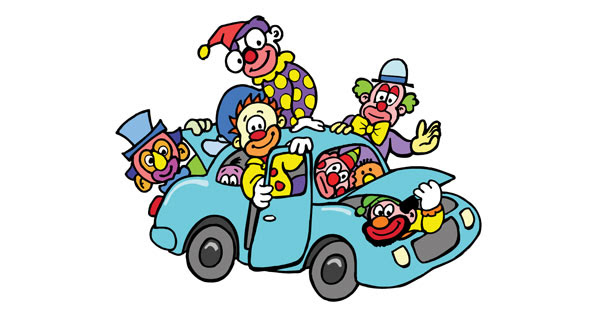 Apparently one of the horrors of living in Baltimore is people thinking vacant lots are public property where they can do whatever they want:

HUD officials hoped to stage their event on a vacant lot, but didn’t ask for permission from Morning Star Baptist Church of Christ, which owns the land and hopes to build a parking lot there, said church member Gregory Evans. Evans asked the HUD group to move.

“It’s nothing personal,” Evans said from the church lobby, where he was reading The Baltimore Sun and checking children in to a vacation Bible school camp. “I didn’t know it was Secretary Carson. I just know there were a bunch of people over there that were taking over our site. And we said, ‘Why are they here?’ They’ve not even asked for permission to be here.”

Evans said the church has had persistent troubles with the lot, with construction crews for other projects leaving materials on the site.

But the HUD official trying to hold the "event" there was Ben Carson (who apparently thinks empty lots make good backdrops for talking about housing), and he thinks it was animosity, not property rights, that were involved:

Carson was not pleased. He cited what happened as an example of people refusing to work together to solve Baltimore’s problems.

“We just have all this animosity all the time,” Carson told reporters during the press conference. “For instance, you guys know, you were set up on this property, and right here is this church that said: ‘Get off our property.’ You know, a church? When we’re talking about helping the people. I mean, this is the level to which we have sunken as a society.”

When pressed to clarify his comments, Carson responded: “What I’m saying is, you know, we have a society in which people, instead of trying to be helpful, think only about themselves. That is a problem.”

Which is a Trumpian level of irony and obtuseness.  Carson was thinking only of himself, his staff has no clue about advance work, and they thought they'd just help themselves to the empty lot (nobody owns empty land in a city, right?).

But wait!  It gets better!

Evans said the church serves the community, distributing clothes and food, offering addiction counseling and providing youth programs. He said HUD has done little to help the neighborhood under the Trump administration.

HUD officials pointed to the nearby Hollins House apartment building, which was renovated through a federal program. That work began under the administration of then-President Barack Obama, a Democrat.

No, not just that:

Carson’s hastily arranged trip — the Sun was notified Tuesday night of his plans — included not only the snafu over permission to use the location. It also involved a last-minute invitation to Cummings, whose district it is in, and confusion on the part of HUD officials over whether it was in an Opportunity Zone, a federal economic development program Carson sought to tout.

According to Cummings’ office, the congressman was invited Tuesday night but could not attend because of schedule conflicts.

Caitlin Thompson, a HUD spokeswoman, told reporters the neighborhood where Carson spoke is in an Opportunity Zone; however, government maps show both the vacant lot and the Hollins House building are just outside the boundaries of one.

Clowns.  The entire Administration is a clown car.


So HUD moved off the property and into an alley behind Hollins House. Of course, now they risk blocking emergency vehicles or trash trucks. pic.twitter.com/mTnDzLkINw
— Pamela Wood (@pwoodreporter) July 31, 2019