Before we lose track of this 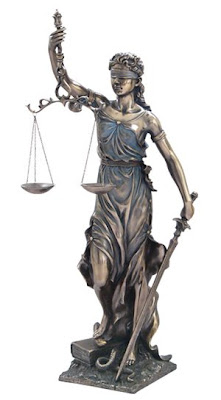 The New York Times makes the best case for the Supreme Court ruling handed down today:

The detainees at the center of the case decided on Thursday are not all typical of the people confined at Guantánamo. True, the majority were captured in Afghanistan or Pakistan. But the man who gave the case its title, Lakhdar Boumediene, is one of six Algerians who immigrated to Bosnia in the 1990’s and were legal residents there. They were arrested by Bosnian police within weeks of the Sept. 11 attacks on suspicion of plotting to attack the United States embassy in Sarajevo — “plucked from their homes, from their wives and children,” as their lawyer, Seth P. Waxman, a former solicitor general put it in the argument before the justices on Dec. 5.

The Supreme Court of Bosnia and Herzegovina ordered them released three months later for lack of evidence, whereupon the Bosnian police seized them and turned them over to the United States military, which sent them to Guantánamo.

Just think about that last paragraph, these facts which were directly before the Court in this case, and consider the quotes we have so far from the dissenting opinions:

In dissent, Chief Justice John Roberts criticized his colleagues for striking down what he called "the most generous set of procedural protections ever afforded aliens detained by this country as enemy combatants."

"America is at war with radical Islamists," Scalia wrote, adding that the decision "will almost certainly cause more Americans to be killed."

One wonders how many "radical Islamists" were individually identified as parties in this case, and why the evidentiary rulings of the Supreme Court of Bosnia and Herzegovina were dismissed so summarily.

I always thought Justice was blindfolded so it couldn't see radical Islamists, but only facts and law, and rule accordingly. Well, at least 5 justices see things my way.