...while Truth is putting on its boots. 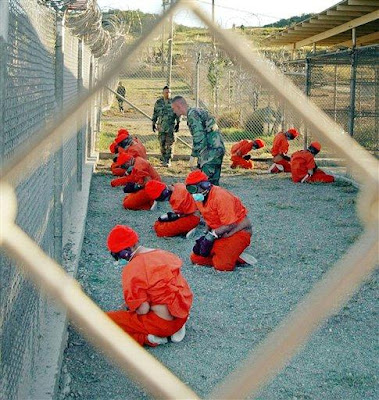 So a Senate Committee has determined that military psychologists were used to create "aggressive interrogation techniques" against prisoners in Gitmo and elsewhere.

We already knew this had been going on since at least 2003, and that torture doesn't work.

Perhaps, as the AP article at TPM notes, this will allow Democrats to finally show the corruption (none dare call it corruption, curiously. Why not?) was not of a few "bad apples," but went up to the Oval Office. Bush is still denying that, but he has little more than his show of ignorance and bravado left to stand on.

The next question is: will there be a Truth and Reconciliation Commission under President Obama? And prosecutions to give that Commission some teeth?