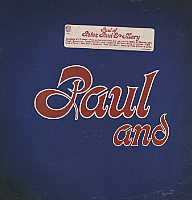 This isn't exactly finished, but I stopped writing on it, and then I thought: "It's a blog post. What the heck?"

Fr. Jake (bless him!) reminds me of a theological point I don't spend enough time dwelling on:

And what is it all about? Grace. We are forgiven before we believe; before we confess. We are raised up before we even know we are dead.

I like to think I've talked about cheap grace here before. Bonhoeffer had a very distinctive understanding of it in The Cost of Discipleship, but my understanding of it is radically different from his (and even Bonhoeffer changed his mind on the subject before he died). Grace has to be cheap, because there's no way we could afford it. It has to be beyond price in order to be grace. And if we pay anything for it, then we buy it, and it isn't a gift at all, as Derrida reminds us. But Derrida takes us further: if we even know we've received grace, we haven't received a gift at all. How, then, are we to take grace?

Only, as Capon says, in death; or in dieing. There is no other reasonable option that isn't an option offered by the world. People asked me, in seminary and out of it: why Christianity? What does it offer? And I was troubled by the question, because all I knew of Christianity was that it offered a theory of damnation which first had to be accepted, in order to accept the theory of salvation that came later. And that theory of salvation came only be a conviction of the mind, not necessarily the heart, unless any conviction from a terrorized heart was a sound conviction at all, and a basis for a gospel of love and grace. But I had rejected that theory of damnation, so what was left? A salvation you didn't really need to take, because hell was no longer an option, no longer the non-believer's fate?

But if Christianity speaks directly to the human condition, and offers an option no one else can grant, or even think about? What then? And so:

The central doctrine of Christianity, then, is not that God is a bastard. It is, in the words of the late Dominican theologian Herbert McCabe, that if you don’t love you’re dead, and if you do, they’ll kill you.

It's true; but what hope is offered in that? And what Capon says about the parable he's reviewing can as good be said about almost any parable Jesus taught:

Now you ask yourself a question. Do you like that parable? Of course, you don't like it. The point is that it violates every sense you and I have about the fact that we really are basically doing fairly well. If only other people were as nice and considerate and as wonderful as we are, the world would be a better place to live in and God says, "No. That will not work." It can't be done that way. It can't be done by people who think they are winners. It can only be done by people who are willing to admit they are losers and then who are willing to trust God in the death of their losing to do it for them, to deliver them the gift of a reconciliation with God...

...We have a God, in Jesus' proclamation, a God who couldn't get a union card in the God union, who couldn't make it because we have set up the rules for God. A God has to be a punisher; a God has to be a judge; a God has to be a respectable God. He has to do all the things that enforce morality, and God doesn't. On the cross, in Jesus, He drops dead to the whole subject of sin and shuts up about the whole subject of condemnation. It is over. As St. Paul says in the beginning of the 8th Chapter of Romans: "There is, therefore, now no condemnation to those who are in Christ Jesus."

Because, as I know I've said on more than one occassion, there is no power without resistance; and the gospel of Jesus is the gospel of powerlessness over power. Now that becomes a wildly radical gospel that calls into question whether any power can ever be good; whether pacificism is merely a distorted version of the Gospels based on a Renaissance humanism, or is actually the undistorted vision of the early church, of those who knew Jesus best.

I have to admit, again, the answer to that one is not easy. Re-watching a recent Dr. Who episode, where the eponymous character had to perform a moral act of defense of the Earth by giving those who threatened it the choice not to attack (even though he knew, by their very nature, they would never take the option), I thought almost unbidden of the words of John's Gospel: "Greater love has no man, than he lay down his life for a friend." But that's a moral act of sacrifice, not the moral act of compelling others to sacrifice; maybe the difference lies there. Still, Niebuhr's point was that the church could not call on people not to sacrifice in the face of the threat of Nazi Germany; could it, however, call on people to sacrifice? Where is our moral obligation in the face of death?
Posted by Rmj at 1:13 PM