Goodbye to all that

Life's a sparrow lost at sea
In dark of night, with far to go
Dreams are ships that sail the waves.
We are only cargo. 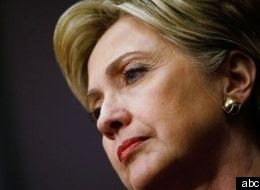 Senator Hillary Rodham Clinton will endorse Senator Barack Obama on Saturday, bringing a close to her 17-month campaign for the White House, aides said. Her decision came after Democrats urged her Wednesday to leave the race and allow the party to coalesce around Mr. Obama.
....
Her decision came after a day of conversations with supporters on Capitol Hill about her future now that Mr. Obama had clinched the nomination. Mrs. Clinton had, in a speech after Tuesday night’s primaries, suggested she wanted to wait before deciding about her future, but in conversations Wednesday, her aides said, she was urged to step aside.

“We pledged to support her to the end,” Representative Charles B. Rangel, a New York Democrat who has been a patron of Mrs. Clinton since she first ran for the Senate, said in an interview. “Our problem is not being able to determine when the hell the end is.”

Now Adam's prize was open eyes,
His sentence was to see.
So day by day, he's worn away,
against reality.

So gypsies dream of being kings,
Kings of being free.
A sailor longs to till the land,
A farmer sets to sea.

Dreams are ships which sail the waves,
We are only cargo.

"The Dreamer," by Tom Rush