At least they left Roy Rogers out of it 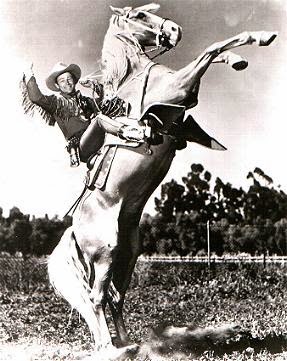 Happy trails to you, Governor!

I found this bit from the pleadings filed on behalf of Rick Perry, but set it aside because I thought it was just sloppy writing:

“Continued prosecution of Governor Perry on the current indictment is unprecedented, insupportable and simply impermissible,” Anthony G. Buzbee and Thomas R. Phillips said in the 60-page brief filed in Travis County District Court. “This Court should not hesitate to dismiss both counts of the indictment and bar the prosecution, immediately, if not sooner.”


But with this second pleading, I think Perry's lawyers are just trolling us:

"A Texas Governor is not Augustus*  traversing his realm with a portable mint and an imperial treasure in tow; he no more has custody or possession of the State's general revenue funds than does any Texan. No governor can say of his or her state what the Sun King said of France: "L'etat c'est moi," it said.

I've written and read a fair number of pleadings; one like this in a case could be happenstance.  Two motions to dismiss, with such fanciful arguments indicate a legal team trying to find a reason for each lawyer to get paid for doing something.  I have no problem with Perry's lawyers moving to dismiss this case; but I have a hard time taking their pleadings seriously.

*Go on, tell me the sly reference to "C-Plus Augustus" is an accident.