Time Considered as a Helix of Semi-Memorable Catchphrases 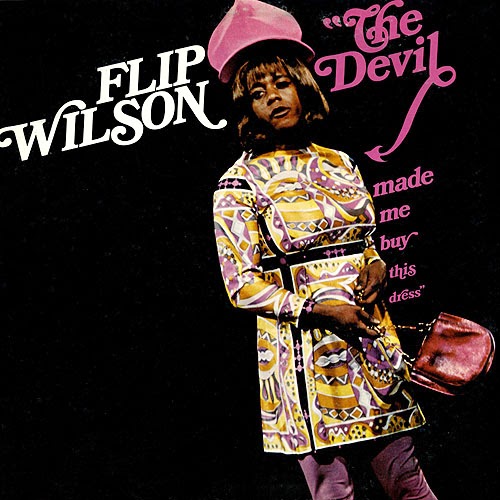 Polls have generally shown a decrease in the importance of religion in America. And with regard to evangelicalism in particular, The Pew Forum Religious Landscape Survey from 2008 “confirms that the United States is on the verge of becoming a minority Protestant country; the number of Americans who report that they are members of Protestant denominations now stands at barely 51%.” The Pew Forum also noted that in “the last five years alone, the unaffiliated have increased from just over 15% to just under 20% of all U.S. adults.” So the bigots we upbraid simply aren’t having the influence they’d like to have — and that we’re scared they might have.


Furthermore, the religiously unaffiliated already say that “religious organizations are too concerned with money and power, too focused on rules and too involved in politics.” And things are even worse for Christians like Driscoll when it comes to the Millennial Generation, who see traditional evangelicalism as being too judgmental. To them, Christianity “feels stifling, fear-based and risk-averse.” And they see that “churches are afraid of the beliefs of other faiths” as well as unfriendly to those who doubt the faith. The important thing to note here is that their opinion of modern Christianity isn’t based on the vitriol of atheist bloggers or the disparaging posts of their Facebook friends. It’s based on their own experience of Christian culture. This has led millennials to simply view evangelical Christianity as “too political, too exclusive, old-fashioned, unconcerned with social justice and hostile to lesbian, gay, bisexual and transgender people.”And this is why I think the APC can be successful. The work is already largely done for us. Religion literally speaks for itself, even in the mainstream media — and, increasingly, it’s not what people want to hear.


I post that because it comes from a fairly thoughtful article.  The Pew study may or may not point to fundamental changes in America.  It may well be that Protestantism, always supported largely by the culture it existed in, has reached the end of its thread.  The second paragraph of the quote tries to conflate and yet not conflate Protestantism with evangelical Protestantism; that's always a problem in these discussions.  But if you want a confirmation of Mencken's observations about the American "booboisie," a challenge to the idea that universal literacy and education will make us all wise and knowledgeable, you need only wade into the 1000+ comments at that article to be disabused of any optimism.

Flip Wilson was a wildly popular stand up comedian in his day.  He never had the controversies of a Dick Gregory or a Richard Pryor; he didn't challenge racism as overtly as Gregory, or have as flamboyant and troubled a life as Pryor.  He didn't branch out and establish the staying power of a Cosby, known for stand up and comedy shows and even dramas.  But for a time his jokes and catchphrases were common parlance, and probably his most famous line was:  "The Devil made me do it!"

It was a trenchant observation, a wise and wry one, on how we delude ourselves into thinking we are not responsible for the state of our lives or our failure to live up to our ideals, because we can always blame someone else when we do what we shouldn't do.  Geraldine, Wilson's character, bought an immodest dress.  Atheists, on-line and acolytes of Richard Dawkins anyway, declare they must hate Christianity (is there any other form of religion in America?  Not to them.) because Christians make them buy into hate as the only response to religion.

One comment at Salon (long buried) declared that atheists are treated like rapists in this country.  When I demurred (a reflex action) that atheism was not a felony in this country, I was rebuffed as a "Christianist" because someone somewhere has declared atheism should be a crime, and non-believers should be jailed, apparently for the good of society.  So atheists are as good as treated as rapists; or something.  I know of white supremacists who would gladly send all African Americans back to Africa, but I don't think that's going to happen anytime soon.  And the white supremacists would say the blame is not on them; it's the "blacks" who make them seem evil and racist.  Really, the races just weren't meant to mix, and the sooner everyone else understands that, the better.  See, white supremacists aren't haters; it's the non-white races that make them seem that way.

You get the idea.

It is the ultimate act of childishness, to blame what you oppose for making you sound bad, for making you, in fact, behave badly.  It's pathetic, really.  The most vociferous commenters at that thread have erected a bogey man to justify their most outrageous claims. and they blame that creature of their imagination for their fears and anxieties.  It's one way to create an identity and a group, I suppose; but it's the saddest and most immature way to do it I can imagine.  There is a direct line between these clowns and Richard Dawkins:  he opposes Christianity in all its forms because a few fundamentalists in the world oppose the reach of science into their spiritual and daily lives.  That is reason enough for Dawkins to write books and give lectures and generally expound on how the Christians are making him be an obnoxious atheist.

It's the Devil who made him do it.

Now, hold onto that Pew report on the decline of religion in America, and connect it to this:  it seems college students are attending fewer college football games.

The article notes that a broad approach to this issue may be misleading, since attendance at games varies from college to college.  It attributes the change to more comfortable locales to watch games, and the ability to watch on tablets and iPads and smart phones; and to the fact stadia don't provide WiFi access, or have enough jumbotrons, or something.

It may even be students are less and less interested in college football; but nobody dares say that.  They will hint at it, thought, because the fear is that students who don't bother to go to the stadium a few times a year (think about how many games are played in a football stadium in a year; there are usually more weekends in a month) will become alumni who don't see any reason to support football teams in the future.

So maybe they aren't going to bars to watch the game, or watching on their cell phones in the dorms; maybe they just don't care anymore.

At any rate, it's not the Devil making them do it.  Not yet, anyway.

I know I can connect nothing with nothing, but these two stories seem connected to me.  Not the raging atheism of children on the internet (emotionally and intellectually, I know high school kids who are more mature than most of the comments about religion I find on-line), but the decline in interest in the eternal verities.  Church has been a fabulous invalid since my childhood, but football is supposed to be going from strength to strength, enjoying a renaissance on college campuses especially that rivals the beginning of the sport when you had to be "a football hero."  I think there isa  connection between church and football, and the connection is television.

But not because more platforms are available to watch TV, or because TV's are now everywhere (there was no TV in the bar in Cheers; now a bar without a TV is unthinkable; or any public space, for that matter).  TV is destroying college football because college football exists now not for the students or the alumni, but for the TV markets.  Texas colleges used to play in the Southwest Conference, and the main rivalry was UT and Texas A&M.  Both schools left the SWC for conferences more attractive to TV schedulers, and more lucrative for the schools, and now neither play each other ever.  Those famous Thanksgiving games are just a memory.  Who is being served by college games now?  And what is the point of them, except to generate a TV audience?

Which is pretty much what happened to Christianity in America about 40 years ago.  TV evangelism was already in decline in the '80's, and by the time Bill Clinton was elected Jerry Falwell needed the Viagra of invented scandal to keep his name in the public eye.  TV evangelism made it seem all you had to do to worship, the ultimate corporate action of Christians, was to set your dial to the right channel at the right time.  That didn't last long, in the grand scheme of things (Joel Osteen's church owns a TV channel here in Houston, but I can't find him on any broadcast station at any hour, anymore.  Maybe he shows up on one I've blocked, but TV stations devoted to Christianity are a virtual ghetto now, a sort of digital version of the cable access channels of yore).  But the impact was pernicious.

What is football except a form of secular religion, a panem et circenses of our modern age?  If its appeal is already beginning to pall, if it seems more and more removed from daily life, the players gladiators and not our friends and family, the whole affair less and less democratic as the players become less and less human and more and more privileged in an era when we are beginning to realize the cost of privilege, then what surprise is it that Christianity is beginning to pall, too?

Pope Francis I seems to understand this better than any religious leader alive.  He has replaced an American bishop who was very concerned with abstractions like American government policy and which public figure should be excommunicated, with a bishop who seems likely to follow Francis' line and pay more attention to the poor and to the pastoral care all clergy should model. The Pope is drawing attention precisely because he cares about people, and not just about ideas.  The more one cares about ideas, the more likely one is to ignore the human equation and decide it is the ideas alone that matter.  Follow that line of reasoning very far, and pretty soon you are telling pregnant women to abort their fetuses and try again, just to avoid some abstract possibility of suffering which we know all flesh is heir to.

As the Church, Catholic or Protestant, liberal or conservative, returns to caring about people (who seem to have been the main concern of Jesus of Nazareth), it will recover the attention even of Millenials and younger generations.  Probably not to the degree it had the attention of their grandparents, but church attendance has been declining since that peak in the post-war years.  It was supposed to die from Boomer neglect, but that hasn't happened yet, either.  If younger age groups are turning away from even football (yes, the ratings are high for pro football, but consider the competition:  another CSI set somewhere else, another variation on "American Idol"; what else is on offer?), it may just mean the institutional verities need to change, too.  At long last.  Finally.

When I'm one of the youngest in the room in a church worship space, a radical change actually looks kind of welcome.
Posted by Rmj at 12:15 PM