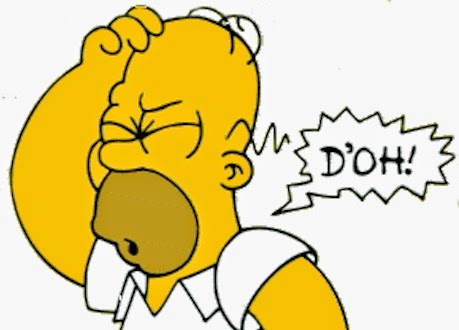 You know that old saying about pointing a finger at me means there are four more pointing back at you?

It’s about intuitive expectations that we have, apparently, about how nature functions. Research in developmental psychology, cognitive psychology, and anthropology shows that we have a predisposition to think about organisms as having an essence: they have an immutable, unobservable core that determines the identity, the behavior, and the development of an organism, and we shouldn’t mess with that. This kind of thinking is essentialist thinking.

It isn't exactly essentialist thinking to think that science, in the guise of psychology and anthropology, proves that dualism (or essentialism; the difference between them is slight for our purposes here) is inherent to human thinking.  But essentially, that's just what it is.*

Essentialist thinking is inherent to Western thinking, ever since Plato came to dominate Western thought.  But that doesn't mean it is inherent to human biology and cognition.  After all, an "immutable, unobservable core that determines the identity, the behavior, and the development of an organism" is, in general parlance, a soul.  Richard Dawkins would say it was a "selfish gene."  The distinction, again, is unimportant; it is still two (or three, I suppose) ways of saying the same thing.

Never forget that, to the man with the hammer, the whole world looks like a nail.

*what, after all, is predetermined about "intuitive expectations"?  According to Hume, none of our expectations are intuitive, they are learned.  Good empiricist, was old David.