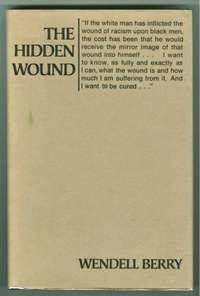 Now I'm just being obnoxious to point this out, but Noam Chomsky is right:

“Is there a slave museum in the United States?” Chomsky asks. “Actually, the first one is just being established now by private—some private donor. I mean, this is the core of our history, along with the extermination or expulsion of the native population, but it’s not part of our consciousness. ”


There are a number of "Holocaust" museums in America, including one in the town where I live.  Nothing wrong with that, but America had bugger all to do with the Holocaust, yet we want to remember it.

Fine.  Well and good.  Where is the museum commemorating the "Trail of Tears"?  Wounded Knee?  Indeed, the virtual extermination of the natives who were here when Europeans first arrived?  Slavery was a 400 year old business.  It built much of the wealth of America.

Where do we remember it?

We don't, of course. We remember the Holocaust, because we should never forget.  But we forget our own historical genocides, our own complicity in slavery.  The wound runs deep, even today.  I tried to find the link for it, but BBC World Service is not so accommodating.  They've been running a series of stories from Selma, Alabama.  Day before yesterday residents of Selma complained about their notoriety based on events which happened 50 years ago.  Selma has changed, they insisted; it isn't like that anymore.

Yesterday they ran a story about schools in Selma.  Seems the public schools are predominately, and in some cases exclusively, black.  Private schools are predominately, and in some cases exclusively, white.  They interviewed an African American woman who told of getting her child enrolled in a private school.  She was invited to the first meeting of parents, before school started, and was treated to a parent standing up and castigating school leaders for destroying the "traditions" of that school; by admitting her daughter, of course.

In short, the very same racist arguments I heard as a child, unchanged by time, undimmed by the passage of the years.  But challenge that man, call him a racist, and you would offend him; as you would had he been making those arguments 50 years ago.

As Charlie Pierce says, it's not about race, because it's never about race (especially in Ferguson).  As Wendell Berry says, we have a hidden wound, and that wound is how much our country was founded upon, and still depends upon, racism.

We work very, very hard to keep that wound hidden.