"There's just a meanness in this world" 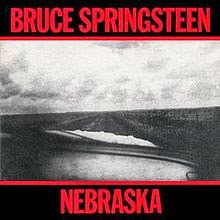 When I lived in a parsonage I lived just a stone's throw from a cemetery that was well over 100 years old.  A local group of enthusiasts asked permission to come over one night and take pictures of ghosts.  The pictures they produced were interesting:  faint glowing balls of light above gravesites or in the windows of the church buildings nearby.  While they were there, they asked me if I believed in ghosts.  I told them I believed in the Father, the Son, and the Holy Ghost, so who was I to say ghosts were impossible?

Even if the idea, in the West anyway, goes back to Plato.

So I broach this suggestion with that background.  You may dismiss me (you probably will), you may deny me (three times, please, to make it official); you may think I'm mad (what took you so long?).  But this story of the German airliner crashing into the French Alps calls to mind the stories of the mass shootings in America.

There are different kinds of mass death.  There is the wholesale slaughter of peoples in modern history, conducted in foreign lands (and so not representative of the improvement in the "better angels of our nature" at controlling violence, as Stephen Pinker asserts.  You see?  I build my bulwark with the materials of my enemies!).  I'm thinking of a recent movie where the actors in that slaughter in southeast Asia (I should know more, but the keywords that fire Google are too much bother just now) re-enacted those scenes for a documentary, and perhaps came to understand just what they had done (or just relived old times, for all I know).  Violence against other humans is as human as culture itself.

But then there is the violence of the individual, the mass murderer, the person who takes weapons into a public setting and shoots everyone who moves.  Some of these shootings end in "suicide by cop," as they force the police to kill them.  Some are just happenstance; a man at a courthouse guns down his ex-wife, armed police officers open fire, and pretty soon everybody is shooting at everybody as the shooter just tries to escape his precipitate action with his life (he seldom does).  I'm thinking, though, of the planned massacres, of the man who goes to a school, a Naval yard, a public mall, and ends it by putting the gun in their mouth before the police can so much as arrive.

What drives a person to shoot so many strangers, and then pull the trigger on themselves?  Fear of dying alone?  Anger?  Outrage?  Mental disorder?

Yes.  I suppose so.  We come up with explanations, or we don't.  Adam Lanza was "troubled," but I've never heard an explanation for why that day, why that school, why his own mother and then children and teachers and finally himself.  As Bruce Springsteen sang, "Sir, I guess there's just a meanness in this world."

That's usually the only explanation we get.  Correlations, at best; seldom the neat causations of fiction:  despair over job loss, or a broken relationship, or mere loneliness.  We get some "picture" of the shooter, but it seldom adds up to a clear conclusion "This is why!"  We don't know more often than we do.  We guess, we shrug, we forget it; we move on.

Why did this pilot fly a plane into the Alps?  If the information available today prevails, it was a deliberate act, over the screams of the pilot pounding on the cockpit door, over the radio traffic from the ground and from other planes nearby.  He meant to do it, and he did it.  But why?  Will we ever know?

Probably not.  Probably we'll be given a narrative, or just a collective shrug, and decide "there's a just a meanness in this world."  By which we really mean nothing at all.  By which we mean we just don't know.

But what if that is what it is?  What if it is a "meanness" in the world?

I'm very hesitant to speak of "evil."  It offends my Protestant sensibilities.  It smacks of 'superstition,' the same as if I prayed to the plaster statue of a saint for intervention before the throne of the Most High.  I'm mature enough now not to think of that as "superstition," but I still prefer my cross unadorned with a bleeding figure of Christ, and I would never pray with an object in mind except the being of God alone.  Still, I can't help but wonder if "evil" isn't the explanation.

I don't like it for another reason, a theological reason.  Anxious as anyone to return to "first causes," I want to reject the dualism of Jesus v. Satan, of a power in the world almost equivalent to the Creator. That's a little too medieval even for me, and I hate using the word "medieval" as a pejorative.  Still, I can't help but wonder.

Why do people suddenly veer off their life's course and take up weapons and shoot people and then, as if suddenly aware of what they have done, kill themselves?  Why fly a plane into a mountain, when you can just as easily step off a precipice or bridge, or make sure you sleep and never wake up?  Death by plane suicide is no less revocable than death by gunshot; why take 150 people with you?  If you want to put a gun in your mouth, why empty so many guns into so many people first?

What if it isn't?

Isn't that what the search for a motive is?  To find the rationale, to discern the explanation, so it won't be a mystery, something we cannot explain?  What if these are examples of pure evil, of something very nearly possession?

Why couldn't it be?

You will answer, quite sensibly:  why could it be?  I can't say.  I just no longer think it couldn't be.  It doesn't explain things any better; and it doesn't point toward a way to prevent it.  Someone on BBC was discussing how there is no perfect system to prevent these events, because this is not the first time a pilot has committed suicide by crashing a passenger plane.  After 9/11 cockpit doors became bullet and blast proof, and can be locked either permanently or for five minutes (news accounts vary, I'm not sure about this).  Five minutes, of course, is long enough to crash a plane.  Put two crew members in there?  In one case, the co-pilot killed the pilot before crashing the plane.

No system will save us from all contingencies.  So no system that adds "random evil/demonic possession" to the list of possibilities, will save us either.

But casting about for explanations, I find I'm no longer satisfied with the psychological ones.  They are always based, anyway, on analysis long after the fact, and far away from the patient, who is always dead.  My examples exclude mass murderers who survive their killing sprees.  I'm thinking of the ones who kill themselves, too.  I can't help but imagine some of them wake from some kind of daze, some kind of fog, realize what they have done, and remorse and/or guilt do the rest.  Is it a psychological state?  A problem of brain chemistry?  A misfire of neurons?

Why are those explanations better than this one?  In some cases, they are the right explanation; but in others.....

And how would it change the world to consider the possibility?  After all, I'm quite willing to accept the reality of the Creator, the Redeemer, and the Sanctifier.  What else can I allow in?