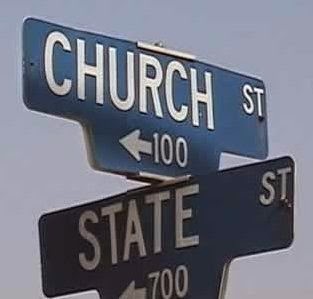 Can I open a business in Indiana and refuse to serve blacks because my religion tells me to have nothing to do with them?

Or is that kind of religion not recognized as valid anymore, but a religion that says I can discriminate against homosexuals, still is?

And does that mean the state of Indiana is now in the business of deciding which religions are acceptable, and which aren't?

And is that really where the state of Indiana wants to be in defending "religious freedom"?  Because what if I want to discriminate based on gender?  Or age? Or national origin?  Or religious belief?  I might have trouble coming up with a religious reason to discriminate against blacks, now that the Mormons have changed their minds on the subject; but I can pretty easily come up with the rest of those in several mainline denominations.

Will that religious belief be acceptable in Indiana?  And if not, why not?  Ain't I free to believe?