POTUS lawyers are looking at various options for proceeding if House doesn't send articles of impeachment to the Senate. POTUS doesn't want it to be left hanging that he was impeached and nothing was done by Republicans to defend him in the Senate.
— Maggie Haberman (@maggieNYT) December 19, 2019

The prime case here is Nixon v. U.S. (not the President, an impeached federal judge).  This is not the legal reasoning of the holding, or even a proper legal statement of the holding of the case, but it makes the precedent fairly clear:

A unanimous Court held that the question of whether or not the Senate rule violated the U.S. Constitution was nonjusticiable since the Impeachment clause expressly granted that the "Senate shall have sole Power to try any impeachments." The clause laid out specific regulations that were to be followed and as long as those guidelines were observed the courts would not rule upon the validity of other Senate procedures regarding impeachments. Chief Justice William Rehnquist observed that while the Supreme Court was the "ultimate intrepreter of the Constitution," a matter would be deemed nonjusticiable when there was "a constitutional commitment of the issue to a coordinate political department."

The Rehnquist court at that time included Scalia, Kennedy, and Thomas, and was a unanimous opinion.  The ruling was on a question of the rules used by the Senate violated Art. I, sec. 4, of the Constitution.  The Court held that they couldn't review the outcome of an impeachment trial, or intervene in an impeachment action at all, for the reason quoted at the end of that passage.

So, can the courts force the House to deliver articles of impeachment to the Senate in a timely manner? 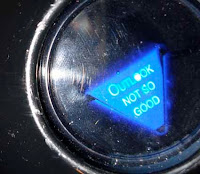 Update: but don't take my word for it:

I can save POTUS lawyers a lot of time: there are no legal options, but the House won’t hold the articles indefinitely. Just chill. https://t.co/kSxZKP6Srx
— Laurence Tribe (@tribelaw) December 19, 2019