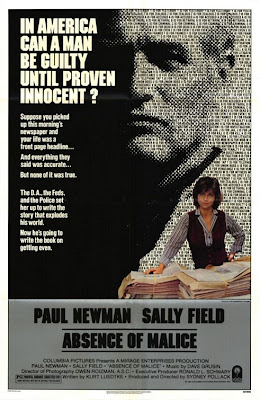 So now its come to this, here in Houston. On Sunday March 30, Pastor Jeremiah was to guest preach at Wheeler Ave Baptist Church as he has done for the past 20 years. Because of death threats and fears for the church and its congregation, he has had to cancel. I was looking forward to hearing him myself in person. Certainly the sermons I have read were excellent and I hear that type of prophetic teaching in a more toned down "frozen-chosen" version here at my Lutheran Church. Because of the fears of a few and their threats, the rest of the people of God loose out. Damn shame that.
bluemeadow

I didn't realize it had been 20 years that Houston had been subjected to this "hate speech." Odd we haven't erupted in violence yet, huh? But it has:

Wright, who until February was minister of Sen. Barack Obama's church, Chicago's Trinity United Church of Christ, was scheduled to preach three guest sermons in Houston on Sunday.

The theologian who Obama has said strengthened his Christian faith has been a regular revival preacher at Wheeler for about 20 years.

Wheeler's pastor, the Rev. Marcus Cosby, said Wright cited three reasons for his cancellation — "the safety of the institution to which he has been invited; ... the safety of his family, which has been placed in harm's way; and for his own safety.".

Cosby said he would reverse that order and put the safety of Wright and his family above any thoughts of protecting Wheeler Avenue.

The church had arranged for increased security for Wright's visit, he said, including contacting the Houston Police Department and coordinating a security detail in conjunction with Wright's Chicago church.

The Rev. Myron Cloyd of the Pilgrim Congregational United Church of Christ in Houston has known Wright for more than 20 years.

"As much as I hate for him not to come I think it's probably prudent," said Cloyd, noting that Wright does not normally travel with bodyguards or assistants.

"There have been threats against his life and the last thing he would ever want is the potential for someone to be hurt," said Cloyd.

Cloyd, who has had Wright speak at his church in the past, said he wished that Wright could have the opportunity to "set the record straight" to Houstonians.

Widely publicized recorded excerpts from Wright's past sermons, in which he quoted a former Iraq ambassador as saying that U.S. actions prompted the Sept. 11, 2001, terrorist attacks and that the government created HIV to target people of color and harassed blacks through "three strike" laws, prompted Obama to address race issues in a speech last week.

The threats of violence are bad enough, but here's a funny thing: the Rev. was quoting an Iraqi ambassador about 9/11? Did anybody else get that from the earlier news coverage? Huh....

As for that long tradition:

The long-standing relationship between the Chicago and Houston congregations and their pastors stretches back to Wheeler's first pastor, the Rev. William Lawson, pastor emeritus at Wheeler Avenue Baptist Church.

A confidant of the Rev. Martin Luther King Jr., Lawson started the tradition of bringing Wright to Wheeler to reinvigorate the congregation during winter revivals with topical sermons that espoused black liberation theology.

"Part of what we do traditionally as African-American preachers is combine current affairs with religious affairs," Cosby said."We put the Bible in one hand and the newspaper in the other."

Cloyd said Wright's comments come from that tradition and have been taken out of that context.

"As pastors our goal is to teach and inspire and (Wright) uses a variety of strategies— he's certainly very passionate," Cloyd said. "We energize and mobilize not to hate but to recognize injustice, encourage change, to go out and vote, for example."

The Rev. Cosby's comment is straight from Karl Barth, the great neo-orthodox German theologian of the 20th century who set out to re-write Christian dogmatics. Interesting to hear that in connection with "black liberation theology," especially since there's such a misunderstanding abroad as what that is. In America, of course, there's no point in asking a theologian, when a celebrity or politician will do:

BECK: Ken, I wanted to have you on because you are a former U.N. ambassador -- U.S. ambassador at the U.N. And you have seen this black liberation philosophy or theology before. Explain. I think this is even more frightening than the stuff that I've already read on television. Explain what you've seen.

BLACKWELL: Well, essentially, liberation theology took root in Africa and Central America. It was often offered up by Marxist regimes that knew that they couldn't uproot the church, so they tried to weaken the doctrine of the church. So it is an alternative doctrine of the church that embraces big government. It advances a collectivist ideal and idea, and it says the state, not the individual, is central to society.

And that is very disquieting. But it also gives you a better understanding of the undergirding of Senator Obama's big-government liberal philosophy that would increase spending, increase taxes, weaken our military and our position in the world.

BECK: I tell you, it explains the comments of his wife. It explains -- you're exactly right, his big-government ideas. If you understand what this theology is, you do begin to understand Barack Obama, but it is in a -- I believe, in a frightening way. However, I'm being labeled the one that's the hate-monger for asking these questions. How is this theology out there and it not be labeled racist and hate-mongering?

BLACKWELL: Well, it's part of a -- it's part of a series of parts. You know, here's a guy who says that he studied the doctrine of Saul Alinsky, who was an anarchist, a radical. Here is a guy who basically said that, while he was in Reverend Wright's church, he embraces Louis Farrakhan.

More foolishness there than you can shake a stick at. Which has it's affect, because the Rev. Wright didn't cancel just in Houston:

The Brite Divinity School in Fort Worth will go ahead with its plans to honor the Rev. Jeremiah Wright this weekend, even though Barack Obama's controversial former pastor decided to skip the ceremony.

The divinity school announced on its Web site Wednesday that it had "received notice" that Wright will not attend its 4th annual State of the Black Church Summit and awards banquet. Wright had been scheduled to appear there Saturday evening, following a luncheon panel at Paul Quinn College, a historically black school in South Dallas.

Wright also canceled his appearance Tuesday at a Tampa-area church at the request of church officials, who had security concerns about the pastor's three-day appearance there.

Brite is not exactly a hot-bed of liberalism, nor a school that teaches "hate" And they know more about the good Reverend than what's been played on FixNews.

The Brite Divinity School had decided months ago to recognize Wright for his "forty-year ministry linking divine justice and social justice," according to a statement on the school's Web site. Wright was the lead speaker at a 2001 continuing education event at Brite and no such speaker "in recent years has been better received than Dr. Wright," the statement said.

"Contrary to media claims that Wright preaches racial hatred, church leaders who have observed his ministry describe him as a faithful preacher of the gospel who has ministered in a context radically different from that of many middle class Americans," the school's statement continued.

The target of this malice was Barack Obama. Funny thing: nobody's buying. So all the efforts of the "liberal" media to render Rev. Wright "radioactive" and so damage Mr. Obama's candidacy, failed. However, the history of violence against blacks, the history of intimidation through violence, goes on.

Maureen Dowd thinks Rev. Wright is "wackadoodle." Clearly judgments like hers are entitled to more weight in this matter than whose who know the Rev. and his words and work. Geraldine Ferarro is displeased that, because of the Rev. Wright, she gets mentioned in Obama's speech on race and racism. But who cares about Wheeler Avenue Baptist Church, or Brite Divinity School, or a church in Florida? It's celebrities who matter; not real people. And it's journalism that counts, not reality.
Posted by Rmj at 7:01 AM