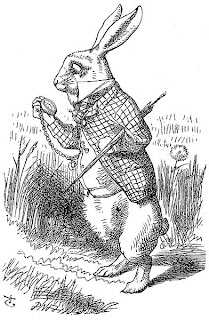 I was going to leave this in the comments, below. But D2 left a link that's worth noting, a blogpost on the subject here. That led me to another Taylor Marsh post on the Rev. Wright and Mr. Obama; apparently Ms. Marsh is really upset that Obama is "playing the race card." And once again, Ms. Marsh opines that:

Well, I've never heard any of my preachers talk about the "US of KKK."

Neither have I, actually. But then, none of my pastors have ever been African-Americans. That could have something to do with it:

WRIGHT: We bombed Hiroshima, we bombed Nagasaki, and we nuked far more than the thousands in New York and the Pentagon, and we never batted an eye. We have supported state terrorism against the Palestinians and black South Africans, and now we are indignant. Because the stuff we have done overseas has now brought right back into our own front yards. America's chickens are coming home to roost.

ROSS: Reverend Wright retired last month, but members of the church say he left a lasting impression on them and Senator Obama.

UNIDENTIFIED WOMAN: He spoke the truth, continues to speak the truth, and people can label that as "radical," but I think it's insightful.

UNIDENTIFIED WOMAN: No, I wouldn't call it "radical," I'd call it being black in America. It's not radical. How radical is that?

"Speaking truth to power," we loved to call it in seminary; and we all dreamed of getting out of seminary so we could get straight to that. We usually learned better, of course. We also learned that the sermon is one part of a dialogue between pastor and congregation, between God and the faithful community. But the interesting issue here is the divide that is showing itself again: the divide between the "two Americas."

Taylor Marsh says this is a terrible thing for Democrats, and blames Obama for both "playing the race card" and being a misogynist. This, of course, is always the response when the subject of race comes up in America, when our "hidden wound" is exposed. There is the splinter in your eye, and the beam in mine, and I'm quite sure yours needs to be plucked out, because I can see it so easily. Does this make the Rev. Wright correct, and Taylor Marsh wrong? No. But jumping from "I disagree with what the pastor said in that sermon" to "Therefore your candidate for President is a bad candidate" is quite a leap, indeed. And doing it while decrying your opponent's use of the "race card;" well.... I suppose Ms. Marsh is right, and the Rev. Wright can be used to try to make Obama a whipping post by the likes of Shaun Hannity. But then, we've used the Rev. Hagee against John McCain, so all's fair, eh?

Since Obama won the Iowa caucuses on Jan. 3, a flurry of e-mail messages with identical language and sentiment began circulating across the internet, claiming that Trinity UCC was a "racist" congregation because of its long-stated church motto: "Unashamedly Black, Unapologetically Christian."

So perhaps this is just same song, second verse. In that sense, this is politics as usual, then. On the other hand, there seems to be a real effort to ignore the sentiments of the congregation, and focus only on a few sentences from a few of the Rev. Wright's sermons (now that the focus on the church motto failed to catch fire).

And when push comes to shove: make the candidate disavow his pastor's sermons!

This is the depth of idiocy. On the "Situation Room" today, the CNN correspondent told Wolf Blitzer that Wright performed Obama's marriage, was his pastor, and this situation had to be uncomfortable. Well, perhaps. Perhaps this is the price we make our politicians pay, that they must disavow whatever anyone who supports them has ever said anywhere, anytime. Frankly, Obama's statement about his minister's words is embarassing, if only because no UCC minister ever speaks for his congregation from the pulpit, and no UCC member is ever expected to accept, without reservation or disagreement, what his or her pastor says in the pulpit. The whole affair is a mockery of reason and logic, and tells us exactly nothing about Barack Obama except that he will do whatever it takes to win the presidency, and clearly whatever it takes ain't pretty.

Usually we accord great deference to such a large church, if only because popularity=approval in "democratic" America. But this time? This time Rev. Wright is nuts, Obama, as a member, is damaged goods, and 2000+ people must be wrong! Better yet, pretend they aren't there! And Obama must disavow, refute, recant, refuse, disparage, disagree, disentangle....

It's the silliest, saddest part of the silly season. And I can't help thinking that maybe this brouhaha is because the church is primarily black, and it's pastor is black. D'ya think? Or am I playing the race card to even raise that question?