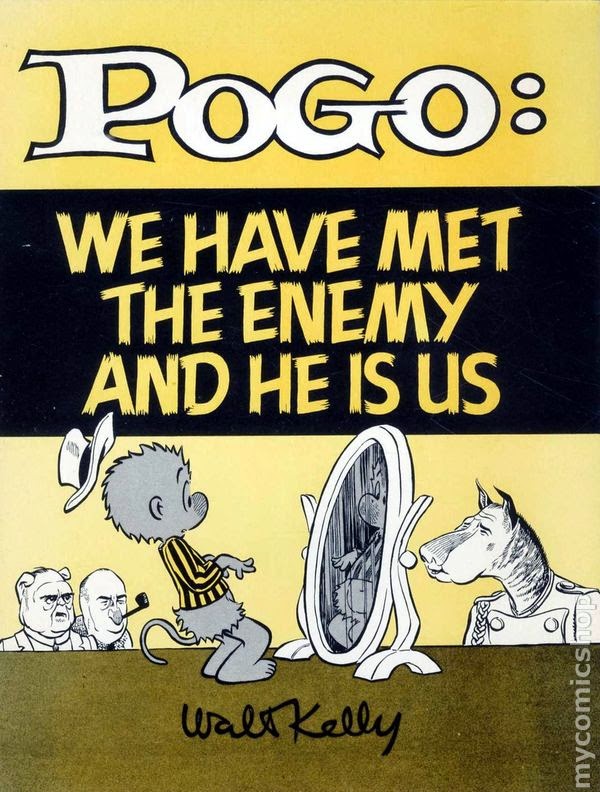 I'm really tired of the "religion is the source of all evil" argument that's making the rounds of the ignorati (I consider Sam Harris a dangerously stupid man), largely because it's yet another attempt to move responsibility from us, human beings all, to some abstract which, if we can just eliminate "it," all our problems will be solved.

In concreto the argument is that we just need everyone to think like, say, Sam Harris; and then O what a paradise it will be!  Or we could all just think like Richard Dawkins and, like the true Brit he is, lord it over, if not still rule over, the benighted peoples of the world who aren't clever enough to have won as many Nobel Prizes as Englishmen have.  Because in the end, what's a better marker of  superiority, eh?

So when I read something like this, I simply have to quote it with approval:

Obama’s comments about Christianity were much more reserved than they could have been. In the winter of 2015, we should not lose sight of the vast and gruesome horrors rendered in the name of the Christian God following 1615. Arrogance reigned, anxiety soared and the people of Europe died in huge bloody numbers. The source of terrorist acts in our era is not Islam any more than Christianity was the cause of the thousands upon thousands who died in the Thirty Years War. The source of such religiously motivated violence is a volatile mixture of intolerance, ignorance, fear, economic disadvantage, and political machinations. The president's comparison between Islam and Christianity is important: any religion can be used to promote crimes against humanity.

You could remove "religion" from that last phrase, and say "any damned idea at all."  It wasn't exactly a religious crusade that sent Hitler on his quest for a "Final Solution."  There was an old religious element to the anti-Semitism he exploited, but he acted in the name of the Aryan race and the thousand year Reich, not in the name of the God of Abraham, or even of Martin Luther (who, as the professor points out in that linked article, was no choir boy.  Luther's anti-semitism was particularly ugly, of a piece with his anti-Roman attitudes, attitudes which continue to infect Protestantism almost 600 years later.  Ideas are indeed bulletproof, more's the pity.)  Economic disadvantage, fear, ignorance, political machinations, intolerance:  sounds like the major themes of the rise of the Third Reich, to me.  Do we blame Hitler on Christianity?  Or on being all too human?  We don't like the latter, but I've seldom heard anyone seriously conjecture it was the former.

brought us eugenics and the Tuskegee experiments and Hiroshima and Zyklon-B and a whole host of amazing pesticides and herbicides and preservatives and plastics that have permeated every square millimeter of the planet’s surface and the bodies of all its creatures, and whose long-term effects are not known but don’t look that great.

Yes, some those were abuses of science, (even though eugenics was part and parcel of the law of the land of these United States, at least until the Nazis embarrassed it out of us), some just failures to think much about consequences; but no less was the violence done in the name of the God of Jesus an abuse of religion.  And science didn't reach out and compel Harry Truman to bomb Hiroshima with atomic fire; or whisper in the delicate shell-like of Oliver Wendell Holmes that "three generations of imbeciles is enough!"; or tell the Nazis "Why not use gas?  And why not on people?  Think of the efficiencies!"  Any more than religion said "Chop their limbs off!  It's the best way!"

Science and religion, you see, aren't animate objects; they aren't even animals, much less people.  They are human frameworks; human ideas; human categories.  Ecce homo.  We have met the enemy, and he is us.

And ashamed of that mirror, we keep blaming the mirror for the image it shows us.  I'm not sure what science and empiricism have to say about that; but I know what Christianity has to say.  And if Jeremiah Wright had been heard saying what Obama said at the prayer breakfast, he would have been no less scorned for saying it.

Mostly because he, too, would have been right.  And we really cannot bear very much reality.