Back among the Houyhnhnms 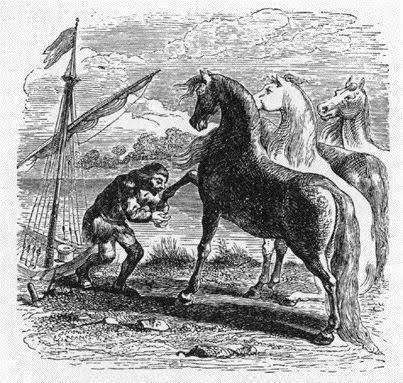 Again land was sighted. A group of lonely islands. Magellan called them the Philippines, after Philip, the son of his master Charles V, the Philip II of unpleasant historical memory. At first Magellan was well received, but when he used the guns of his ships to make Christian converts he was killed by the aborigines, together with a number of his captains and sailors.

It made me laugh; not because Gulliver espoused his morals to the horses, but because they were so appalled at his tales of European warfare, and this sounds so much like one of those tales.