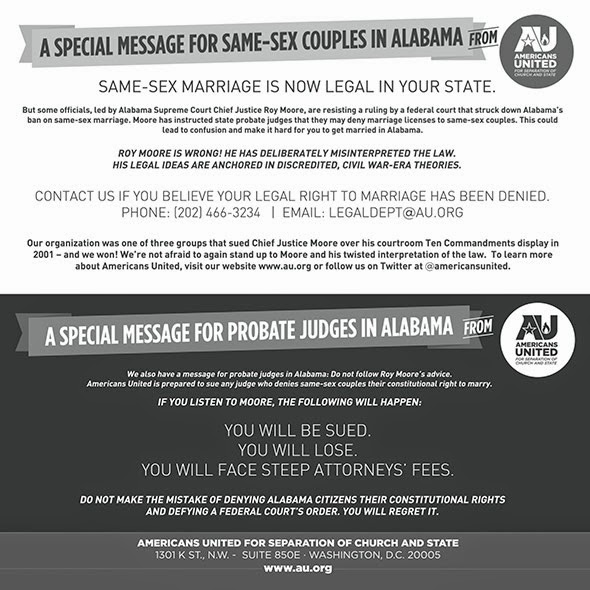 Some probate judges in Alabama are following the order of Alabama Supreme Court Justice Roy Moore to defy the federal court order finding same-sex marriage cannot be banned under Alabama law. According to Slate, Americans United for Separation of Church and State is encouraging the recalcitrant judges to back down by encouraging potential plaintiffs to sue to enforce the federal court order.

I mention this because the Executive Director of AUSCS is a UCC minister.  Which either means not all things connected to religion or bad, or that Christians who agree with AUSCS are not "real" Christians.

According to people who think there is no such thing as a real "Christian," because all religion is delusional.  I dunno; apparently it makes sense to them.