Neuroscience considered as an examination of free will: Another Lenten Meditation 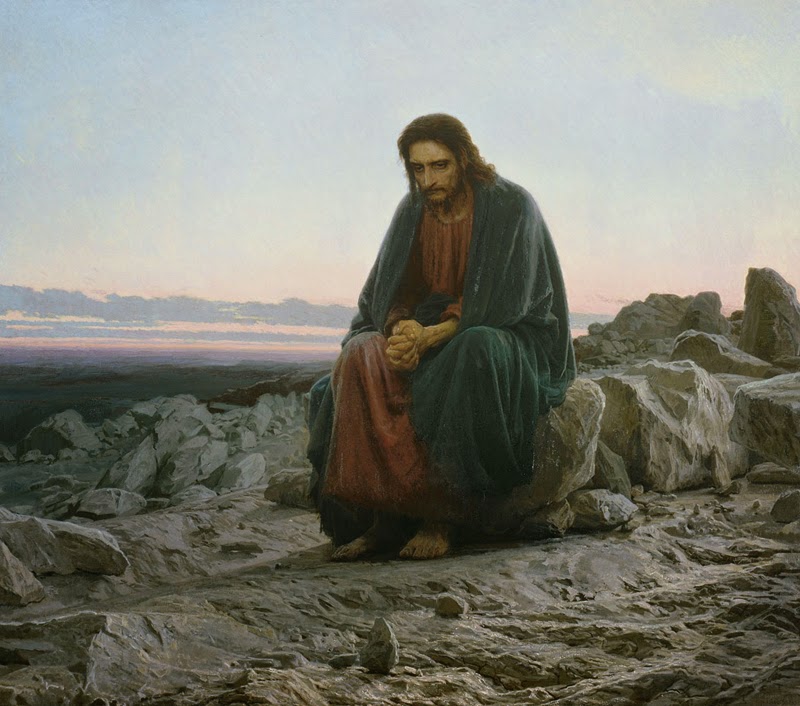 Seeing as I'm turning this into a commonplace book, I rather like this bit, too:

“Think of those experiments where a subject is instructed to twitch a wrist or push a button whenever he feels moved to do so, and then to report when he consciously made the choice to do it. Then electrodes on the scalp or an MRI can show that a neural impulse precedes the conscious choice by anywhere from one to ten seconds, and the researcher can predict when the subject will perform the action about 70 percent of the time. So the scientist concludes that the real decision is just some autonomic electrical flicker in the brain, while the apparent conscious ‘decision’ is just a posterior accretion, a kind of proprioceptive hallucination. One scientist, that Haynes fellow, even said this renders the existence of free will an ‘implausible’ hypothesis.”

“Never heard of him.”

“But it gets sillier,” Roland continued, more emphatically. “There’s absolutely no logical connection between that experiment and that conclusion. It’s an eisegetical non sequitur. It just shows that a scientist’s interests frequently dictate what he thinks he’s observed. He looks for a mechanical transaction, artificially extracts his data from their actual context, and then miraculously discovers what he has predestined his experiment to disclose. The far more sensible conclusion would have been just the opposite: that these results confirm the reality of rational freedom. My only hesitancy is that, if the subject were absolutely free, one should be able to predict his actions in that situation with 100-percent accuracy.”

I did not want to admit that I was not following his argument, but after several seconds had to: “Why, exactly?”

Roland gazed at me indulgently and shook his head. “Because the subject did exactly what he had freely undertaken to do. He was asked, of his own volition, to act whenever he felt the impulse, and that’s what he did. He wouldn’t have been twitching a wrist or pushing a button otherwise. But the researchers’ bizarre fiction is that they are witnessing an isolated mechanical process without any prior conditions, rather than a premeditated act prosecuted intentionally, so they produce the monstrous fantasy that they have proved that the whole act is reducible to a spontaneous physical urge. I mean, the experiment they imagine they’ve run isn’t even logically possible, because there’s no visible intentional content in any given electrical impulse that identifies it with any particular act. You have to know what’s freely intended beforehand in order to know what the discrete neural event portends. You have to know that the subject chose in advance to translate the impulse into an action. The urge doesn’t go directly to its goal without crossing the interval of consciousness. So what’s the point? That we often feel an urge before we freely decide whether to act on it? Well, you don’t need electrodes on the scalp to prove that. But the urge is never isolated, because at both ends there’s a decision of the conscious mind: undertaking to act in accord with a prompting, then choosing to submit to that prompting. In between there’s some raw physiological agitation, which those free intentions have shaped into an accomplished deed. Let’s just say that that’s the material substrate, and that the intellect that makes the choices is a kind of formal cause: It’s always shaping impulse into intentional action—prospectively, retrospectively . . . synoptically.”

“I mean, there’s always some prior and final act of the mind, some more capacious realm of intention for any impulse that’s embodied and enacted. Yes? So you can’t ever arrive at a deeper foundation. The researcher can never retreat to a more original moment, some discrete instant when a physical urge exists wholly outside that free movement of the mind. That object just isn’t found in nature. Just you try to find it and you’ll see.”

Hume argued that, since he couldn't perceive his "self" empirically, since the "consciousness" was not available to empirical perception, it couldn't exist, and therefore all sensory data was just creating a sense of perception by an "I" which was the product of the illusion of perception.  I've often thought of this as the TV playing in the empty room, but the room is somehow aware of what is on TV.  If the subject in the above experiment is acting of their own volition, on what basis do we say the act is actually a product of determinism rather than free will?  Because we cannot "see" any other explanation?

Or because we cannot allow it?

As I've often thought, the problem here is not the reality, or lack thereof, of free will; it's the definition of "free."  But then that involves philosophers, and there things get complicated and perhaps messy, and a mechanistic universe hates a mess, so it just sweeps it aside?

That you cannot arrive at a deeper foundation, a "more original moment," reminds me of Kierkegaard's story of the man who became so abstracted from his own existence he awoke one day to find he no longer existed!  It is a search for something that cannot be:  a privileged position from which to observe the universe without being of the universe.

Ancient wisdom calls it seeking to be God.  Modern secularism does away with that possibility, but not with the error itself.  Which is what makes this yet another subject for a Lenten meditation.
Posted by Rmj at 3:46 PM