Keeping the "Christ" in "Christmas" means keeping the refugees out 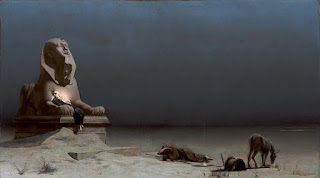 Well, you know this can't go without comment, if only of the res ipsa loquitur kind:

Georgia, Illinois, Nebraska and Texas will have Nativity scenes in their state capitols, and Oklahoma will have one at the governor's mansion. The governors of those same five states have said they do not want any Syrian refugees coming to their states in the wake of the terrorist attacks in Paris.


But this is what turns it into art:

The content of the speech doesn't matter; the freedom to speak is what matters.  To secular humanists.

At least, that's how I always understood that argument.  And yes, Texas leads the way in making it worse:

Some opponents of welcoming Syrian refugees have already rejected any comparison between the story of Christmas and current times.

"Mary and Jesus didn't have suicide bomb vests strapped on them, and these folks do," Rep. Brian Babin (R-Texas) said recently. "You can see it in technicolor in Paris."

Of course, the established authority at the time, according to Matthew, ordered the deaths of all boys two years old and younger born in the region; which is what made the Holy Family refugees.  Lully lullay, thou little tiny child.

But I'm guessing that carol isn't in Rep. Babin's repertory.
Posted by Rmj at 8:28 AM