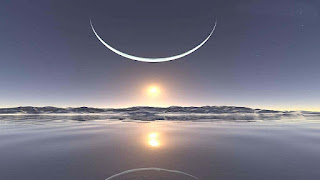 I keep reading comments where people want to argue that "Christmas" descends from Saturnalia or some imagined winter solstice celebration (that one is always generic and unexplained).  The simplest explanation for feasting in a European climate in early winter (it just started today), is that without food storage and refrigeration, you have to eat the harvest while it's handy.  You can't import fruits from across the world without airplanes (at least), and you can't store meat without salt (always precious) or refrigeration (unimaginable).  So you eat it, in a binge.

Sauce, by the way, originated to make moldy meat palatable.  Today we throw it out; then they had to eat it, regardless.

So feasting in winter (or rather, just as winter started) made sense.  It was that or watch the food spoil.  Drink, too, would need to be consumed (save some for the rest of winter, of course).  But that has nothing to do with a Roman custom that died out nearly 100 years before Rome observed the first Christ Mass (and the observance of that mass did not spark Christmas parties around Rome the next year.  Let's be sensible here.)

Let me just quote myself:

I have a book about one young Irish girl's memories of a rural Irish Christmas in the mid-20th century. For an agricultural society, the coming of winter meant rest and living off what was provided from the summer. Meat was prepared and animals slaughtered to provide food for the winter, and where there was little food storage capacity or preservation possible, most of that food had to be eaten soon. By the time spring came around larders were usually empty. Not quite so grim a story is told in that book, of course, but she makes it clear the season was an agricultural necessity, not a social or anthropological one. The solstice mattered less than the weather, and the fact livestock had to be wintered over, and crops couldn't be tended. It was also a time to celebrate after a long period of hard work; a time to rest and recover and get ready for all the demands of spring. So, when I put up Christmas lights, am I afraid of the dark and wishing the sun would come back? Or do I just think they're pretty?


Sometimes a cigar is just a cigar.

The idea that Christmas is just Saturnalia sanctified, or some winter solstice celebration blessed by the Church, is actually a Puritanical one.  But the Puritans despised all things Roman, and did so because they were on a mission to purify the church.  They also just hated celebrations in general, which is probably why Plymouth Colony only lasted as long as it did:

Historians have noted that New England’s calendar was one of the most physically draining ever adopted, with colonists working practically every day save for Sabbath, Election Day, public thanksgivings and “days of humiliation.” In 1629, Massachusetts Bay colonists went so far as to make it official company policy that those who appeared to be “idle drones” would not be allowed to live among them.

Which would you prefer?  The celebrations of most of Europe, as reflected in early 20th century Ireland?  Or the nose to the grindstone puritanism of a colony of Scrooges?