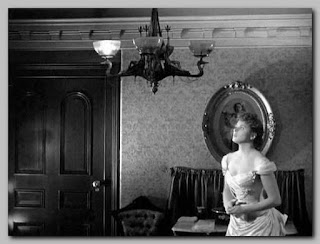 So this line of argument is making its way around the intertoobs (well, in the space from Salon to Slate, anyway):

CNN, according to President Donald Trump, is “fake news.” Any polls that reflect poorly on his executive orders on immigration and refugees are also “fake news,” according to the president. On Monday, his press secretary Sean Spicer dismissed a deeply reported New York Times story on power struggles within Trump’s White House as not just fake news, but “literally the epitome of fake news.”

That’s literally the epitome of a gross mischaracterization. You might even call it a lie. But some revealing recent statements by Trump officials suggest that’s the wrong way to look at it. In treating the Trump administration’s accusations of “fake news” as falsehoods, worthy of rebutting and debunking with evidence, the media may be playing into the administration’s hands.

Here is this morning's iteration at Salon:

Similarly, journalists should be wary about engaging in unwinnable arguments over how false the false accusations leveled against them really are. Instead, treat the false accusations as self-evidently bizarre, and steer the conversation back to the real issue from which the administration is trying to deflect attention. In this case, it’s time to demand answers about why major figures in this administration keep on saying things that aren’t true.

One is an opening paragraph, the other a closing paragraph.  The latter is appended to an essay about "gaslighting," a term derived from the film "Gaslight," in which an abusive husband manipulates both his physical house, and his stories, to convince his wife she is going mad.  The argument is that Trump is "gaslighting" the press, and they should fight back!  But not by calling Trump a liar!  No, by talking about the "real issue," whatever that may be at any given moment.  Because the "real issue" is never that the President is a mendacious liar who may not be lying at all, but who may really believe the conspiracy theories he is supposedly "gaslighting" us with!  The real issue is...well, whatever we think the Administration is trying to deflect attention from with its crazy conspiracy theories, because Trump can't really believe that stuff, he's just pretending to!  So we need to "demand answers about why major figures in this administration keep on saying things that aren't true."  But don't talk about what they're saying that isn't true!  That's playing into their hands!

Now that we're in this round room, where is the corner we need to sit in?

The problem with the whole "gaslighting" theory is that it assumes the POTUS must be sane, because apparently believing he really is that lost in his own reality is too terrible to contemplate.  Is Trump really sane, and trying to convince us we are insane, for his own nefarious purposes?  Doesn't that require a conspiracy to rival those imagined by Alex Jones?  Is Trump and his Administration conspiring against us?  Maybe it's simpler:  maybe Trump really is nuts, really is unfit to hold office, and the news should report the facts to indicate just how many lies he is willing to tell, and what he lies about.

Or maybe he doesn't lie; which is even worse.  This, for example, is not a lie:

There is a monumental desire on behalf of the majority of the media—not just the pollsters, the majority of the media—to attack a duly elected president in the second week of his term. That’s how unhealthy the situation is. And until the media understands how wrong that attitude is, and how it hurts their credibility, we are going to continue to say “fake news.” I’m sorry, Michael. That’s the reality.


But it is thoroughly disconnected from reality.  It is the inability to conceive of a truth that what you mean and what you do, what you intend and what you say, are almost never the same thing.  "Between the Idea/And the Reality/Falls the Shadow," Eliot said; and it is a truth no Administration can wish away.  Neither can they blame it on the malice of others.  Even Nixon, when he was reportedly wandering the White House drunkenly muttering to the pictures, couldn't protect himself with the excuse that the press was still out to get him.  When Woodward published that account, no one said "Gee, maybe the press was playing into Nixon's hands."

So why do we think so now?  Because some people still support Trump?  I know people who went to their deathbeds still convinced Nixon got a raw deal.  They were good people, but did their unwavering support mean Nixon won?  The response to that blithering conspiracy theory pronounced by Sebastian Gorka and quoted by Will Oremus is not to change the way the press reports on Trump, but to remember the words of Harry Truman:  "I never gave 'em hell.  I just told the truth, and they thought it was hell!"

Miserable creatures that we are, who is there to save us from this conundrum?

Or is it a conundrum?  Frankly, if they can't stand the heat, the Trump Administration needs to get out of the kitchen.  And the critics who wring their hands over the ability of the Administration to respond to anything said about them need to grow backbones themselves.  This ain't beanbag.  The press can either counter the lies spewing forth from the White House, as Anderson Cooper did over the "terrorist list" (which doesn't list that many terrorists, nor that many deaths, either), or tacitly approve them by letting them pass.  The damnable situation here is not the press:  it is a White House that works in conspiracy theories and petty bickering while the world watches, takes notes, and prepares its response.