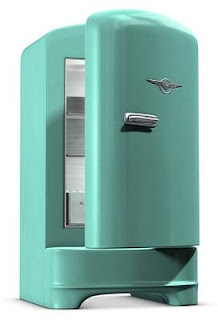 This photo taken from my instagram TL seems to capture one of the moments described in this @CNN piece https://t.co/czixCjPox1 pic.twitter.com/OkiAkUcWdE
— Enrique Acevedo (@Enrique_Acevedo) February 13, 2017

The launch, which wasn't expected, presented Trump with one of the first breaking national security incidents of his presidency. It also noisily disrupted what was meant to be an easygoing weekend of high-level male bonding with the more sobering aspects of global diplomacy.

Sitting alongside Japanese Prime Minister Shinzo Abe, with whom he'd spent most of the day golfing, Trump took the call on a mobile phone at his table, which was set squarely in the middle of the private club's dining area.

As Mar-a-Lago's wealthy members looked on from their tables, and with a keyboard player crooning in the background, Trump and Abe's evening meal quickly morphed into a strategy session, the decision-making on full view to fellow diners, who described it in detail to CNN.

And yes, all Trump had to say about this event was that the United States "stands behind" Japan 100%.  End of statement.

Just for comparison, this is where Trump should have been while he was discussing this matter:


That dining room is definitely not a SCIF. pic.twitter.com/Bm6psfmwAR
— Jason Sparks (@sparksjls) February 13, 2017


And this is why it's a problem:

The two leaders could have discussed classified documents within earshot of waiters and club patrons. Those cellphones-turned-flashlights might also have been a problem: If one of them had been hacked by a foreign power, the phone’s camera could have provided a view of what the documents said.


Why is this important? Mobile phones have flashlights, yes — and cameras, microphones and Internet connectivity. When Edward Snowden was meeting with reporters in Hong Kong at the moment he was leaking the material he’d stolen from the NSA, he famously asked that they place their phones in the refrigerator — blocking any radio signals in the event that the visitors’ phones had been hacked. This was considered the most secure way of ensuring that the phones couldn’t be used as wiretaps, even more secure than removing the battery. Phones — especially phones with their flashes turned on for improved visibility — are portable television satellite trucks and, if compromised, can be used to get a great deal of information about what’s happening nearby, unless precautions are taken.

Precautions weren’t taken. One of DeAgazio’s photos shows Trump using a phone at the table, within view of other diners (and while sitting next to a foreign leader). It’s not clear what phone Trump is using in that picture, but it’s known that he uses a relatively old Android device, even while serving as president. As we noted last week, Trump generally uses that device when he’s not in the middle of a work day. Shortly before the dinner with Abe, he tweeted from it.

And there is no question Trump's personal phone could be hacked, and he'd never know it.  No, really:

“Donald Trump for the longest time has been using a insecure Android phone that by all reports is so easy to compromise, it would not meet the security requirements of a teenager,” [Berkeley computer scientist Nicholas] Weaver told NPR, and while he couldn’t say for sure, “we must assume that his phone has actively been compromised for a while, and an actively compromised phone is literally a listening device.”

What was that about Hillary Clinton's e-mail server and national security, again?