Two For The Price Of One 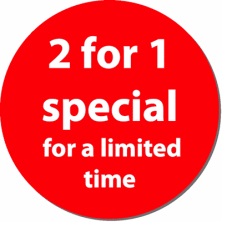 First, I don't disagree with TC's read on this story, and I appreciate the longer selections from the homily posted there.  Taking the reported narrative as read, however, and purely arguendo for my own purposes, I've mentioned before my neighbor from long ago, a determined atheist whom I described in more than one sermon as one of the most Christian people I'd ever met (as I've also said before, there are reasons I no longer have a pulpit!).  My neighbor was selflessly generous with his time and talents to anyone he knew, especially the poor and the elderly, but even to me and my Lovely Wife when we were young (but not so well off as all that).

In another life, I coulda been Pope!

According to a transcript posted online by Vatican Radio, the pontiff called it a “scandal” during his morning mass on Thursday:

“Scandal is saying one thing and doing another; it is a double life, a double life. A totally double life: ‘I am very Catholic, I always go to Mass, I belong to this association and that one; but my life is not Christian, I don’t pay my workers a just wage, I exploit people, I am dirty in my business, I launder money…’ A double life.”

The pontiff said “many Christians” were living this double life.

“How many times have we heard ― all of us, around the neighborhood and elsewhere ― ‘but to be a Catholic like that, it’s better to be an atheist,’” he said.

He gave an example of a Christian boss taking a vacation as his workers went unpaid — and issued a stern warning about where that will lead.

“You will arrive in heaven and you will knock at the gate: ‘Here I am, Lord!’ ― ‘But don’t you remember? I went to Church, I was close to you, I belong to this association, I did this… Don’t you remember all the offerings I made?’ ‘Yes, I remember. The offerings, I remember them: All dirty. All stolen from the poor. I don’t know you.’ That will be Jesus’ response to these scandalous people who live a double life.”

He then called on Catholics to examine themselves.

Francis has addressed atheism in the past, and in 2013 he seemed to suggest they may have a path toward Christian salvation.

“Just do good and we’ll find a meeting point,” he said.

No, I'd never have gotten close.  But I do agree with him on these matters of soteriology.

And another thing:  I won't even excerpt from it.  I'll just link to it and say mea culpa, mea culpa, mea maxima culpa.  I'm not even Catholic, but the sentiment is sound.  An excellent analysis that reminds us when you point a finger at someone, 3 more are pointing back at you.  And I'm sure the comments at Salon are going to hate it; which ensures it will repay the reading effort.  It may even be nothing concrete is offered there (in the end, I'm not sure it is), so it is a problem argument without a solution.  Regardless, the self-reflection it invokes is never time wasted.