The Most Special of Snowflakes 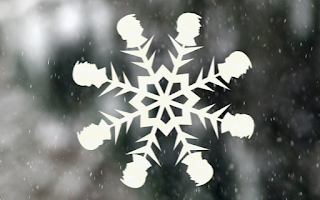 You may have missed it amid the distraction of Trump’s insult to a Jewish reporter, but in the same press conference, SiriusXM’s Jared Rizzi circled back to the hate crimes question. “I’ll follow up on my colleague’s question about anti-Semitism,” Rizzi said. “It’s not about your personality or your beliefs. We’re talking about a rise in anti-Semitism around the country. Some of it by supporters in your name. What can you do to deter that?”

Trump’s reply: “Some of it is written by our opponents. You do know that? Do you understand that? You don’t think anybody would do a thing like that?” In case he wasn’t being sufficiently clear, he added, “Some of the signs you’ll see are not put up by the people that love or live Donald Trump. They’re put up by the other side, and you think it’s like playing it straight? No. But you have some of those signs, and some of that anger is caused by the other side. They’ll do signs, and they’ll do drawings that are inappropriate. It won’t be my people. It will be the people on the other side to anger people like you.”

You know, like Muslims, who are definitely not Donald Trump supporters; and probably not even American, to hear Rick Santorum talk about it.

The real problem, as ever, is how events in the nation throw mud on the reputation of Donald Trump.