Cleaning off the desk at week's end

Whatever the United States can do to help out in London and the U. K., we will be there - WE ARE WITH YOU. GOD BLESS!
— Donald J. Trump (@realDonaldTrump) June 3, 2017

But not with Portland, OR, right?

NPR interviewed someone this morning (which I can't, at the moment, find on-line) and I caught only the tail-end, as he said England, like many countries in Europe, had "ghettoes" (his word) for Muslims (by which he seemed to mean recent immigrants/refugees), where radical Imams could find a receptive audience for their claims. (Underscored by the fact 12 arrests have already been made, most in Barking.)

He contrasted this with the U.S., which has no such enclaves (presumably because we are more practiced hands at welcoming immigrants into society), and so didn't have the same risk factors.  Which makes sense, as it explains the attacks by "native" terrorists, rather than recent refugees, in England lately (and perhaps in these latest attacks, though we must wait and see).

I noted it because it explained why London has been hit 3 times in a row (explains, not justifies) and why America has not been similarly plagued with such mindless and pointless violence (though still I remember Auden:  "Those to whom violence is done, do violence in return."  He was referring to the beginning of World War II.).  I also noted it because President Trump seems determined to make America over into Europe, socially if not legally (and I doubt Muslims are forced into "ghettoes" by legal edict in England or Europe).

We must stop being politically correct and get down to the business of security for our people. If we don't get smart it will only get worse
— Donald J. Trump (@realDonaldTrump) June 4, 2017


Clearly their man on our side.  Who has more time on his hands than the Mayor of London:

As the tweets in reply point out, notice the lack of the title "President" in that statement.*   Yup, I'm glad he won by the skin of his teeth in only a few states (enough to win the electoral college).  Which brings up something at Slate, which I consider a swing and a miss.  Yes, there is an inordinate interest in the political press in Trump's "supporters," as if they were a jock strap or something.  I don't get it. Nobody ever talked about "Obama's supporters," or "McConnell's supporters," or "Ryan's supporters," and yet Trump's supporters are a mythic power to be reckoned with.  That much Slate point out accurately, IMHO.  But then they have to deign obeisance to the "swing voter" and the "swing state."  I repeat:  Trump won by single-digit percentage points in the states that put him in the Oval Office.  He won in part because black turnout was down in 2016 over 2012.  It wasn't that alone, but it didn't take much to give Trump the edge.  It was hardly shifting tectonic plates, as evidenced by everything from the inaugural audience to the approval ratings that refuse to rise above the disapprovals (which everybody gives short shrift to, for some reason).  Will Clinton voters eventually scare the pants off politicians the way Trump supporters are supposed to be doing?  Everything I read about town hall meetings with Congresscritters says "Yes!"  In the meantime, Trump is managing to piss off more than a few of the Brits:

Do you notice we are not having a gun debate right now? That's because they used knives and a truck!
— Donald J. Trump (@realDonaldTrump) June 4, 2017

Which is why they didn't kill many more people. Were you genetically engineered to be this stupid? It's the only explanation. https://t.co/yyerX7w32z
— Steve Peers (@StevePeers) June 4, 2017


It's bad enough when an idiot sheriff from Texas makes this argument; when the POTUS says it, it's beyond the pale.

A completely separate question is:  is Trump an atheist?  Or might he just as well be?  I suppose atheists wouldn't claim him, proud as they are of their reasoning and their knowledge.  But what do we make of this?

From behind his desk on the 26th floor, Trump faced the Celtic cross at the top of the steeple of Johnston's church, located a block south on Fifth Avenue. When Johnston pointed it out to Trump, the President-elect responded by marveling at the thick glass on the windows of his office -- bulletproof panels installed after the election.

It was clear that Trump was still preoccupied with his November victory, and pleased with his performance with one constituency in particular.

"I did very, very well with evangelicals in the polls," Trump interjected in the middle of the conversation -- previously unreported comments that were described to me by both pastors.

They gently reminded Trump that neither of them was an evangelical.

"Well, what are you then?" Trump asked.

They explained they were mainline Protestants, the same Christian tradition in which Trump, a self-described Presbyterian, was raised and claims membership. Like many mainline pastors, they told the President-elect, they lead diverse congregations.

Trump nodded along, then posed another question to the two men: "But you're all Christians?"

The "we" there doesn't necessarily include Trump; and I'm not sure it should.  What does this mean for the idea we can never elect an atheist as President (setting aside George Washington and Thomas Jefferson, who would practically qualify by today's standards.  Lincoln wasn't all that religious, either, from what little I know.)  Whatever Trump thinks he is, at least two churches don't want him:

First Presbyterian (Church, in Queens, the church of Trump's childhood) is now almost entirely non-white, a reflection of the demographic changes in and around Jamaica over the decades. Many in the congregation vehemently reject some of the President's policies, particularly on immigration.
Philip Malebranche, a 58-year-old member of the church whose parents emigrated from Haiti, said Trump's controversial travel ban is entirely at odds with the diversity that First Presbyterian celebrates -- not to mention the religion's values.

"The policies he's promoting go against our biblical teaching," Malebranche said. "Our president should be representing us and not a minority of people."

Asked whether Trump would be welcomed at the church, Malebranche asked: "What spirit would the President bring to this congregation on a Sunday morning? I would be very skeptical."

Atsu Ocloo, who recently became a US citizen after emigrating from Togo, said when he ran into a problem while applying for his green card, the church's pastor gave him money to apply for a new one.

"The whole world is in this church," Ocloo, 48, said. "Every day I pray for (Trump), so that the Holy Ghost should enlighten him."

Then there's the matter of Norman Vincent Peale, a great influence on Trump, but not for his religious teachings; which is probably just as well:

Peale's son, John, has harshly rebuked Trump. He told The Washington Post at the height of the 2016 election that he winces whenever the candidate invokes his father's name on the campaign trail.

"I cringe," Peale said. "I don't respect Mr. Trump very much. I don't take him very seriously. I regret the publicity of the connection. This is a problem for the Peale family."

Reached on the phone, Peale's daughter, Elizabeth Peale Allen, told me that the family has decided not discuss Trump with the press out of "deference to our father and his legacy."
Marble, for its part, also distanced itself from Trump during the campaign.

When Trump told reporters that he attended Marble, the church took the rare step of publicly rejecting that claim

When Trump told reporters that he attended Marble, the church took the rare step of publicly rejecting that claim, saying in a statement that Trump was "not an active member" of the church. (Marble declined to participate in this story.)

In a completely separate note (and set aside any "damning with faint praise" snark):  "Wonder Woman" is the best DC superhero movie yet; and one of the best ever.  Most notable part:  the movie title is the only place the phrase "Wonder Woman" is used in the movie, and it comes at the end of the credits (just before all the technical people).

Ponder that awhile; and ponder a superhero movie that is about humanity, with a central character who is not human, in a time of war (which, for all the horror it tries to convey, the movie still downplays the true horror of chemical warfare in that conflict.  Then again, if it didn't, that's all anyone would be talking about.)  Besides, as the Lovely Wife pointed out, she kicks ass and still has great hair! 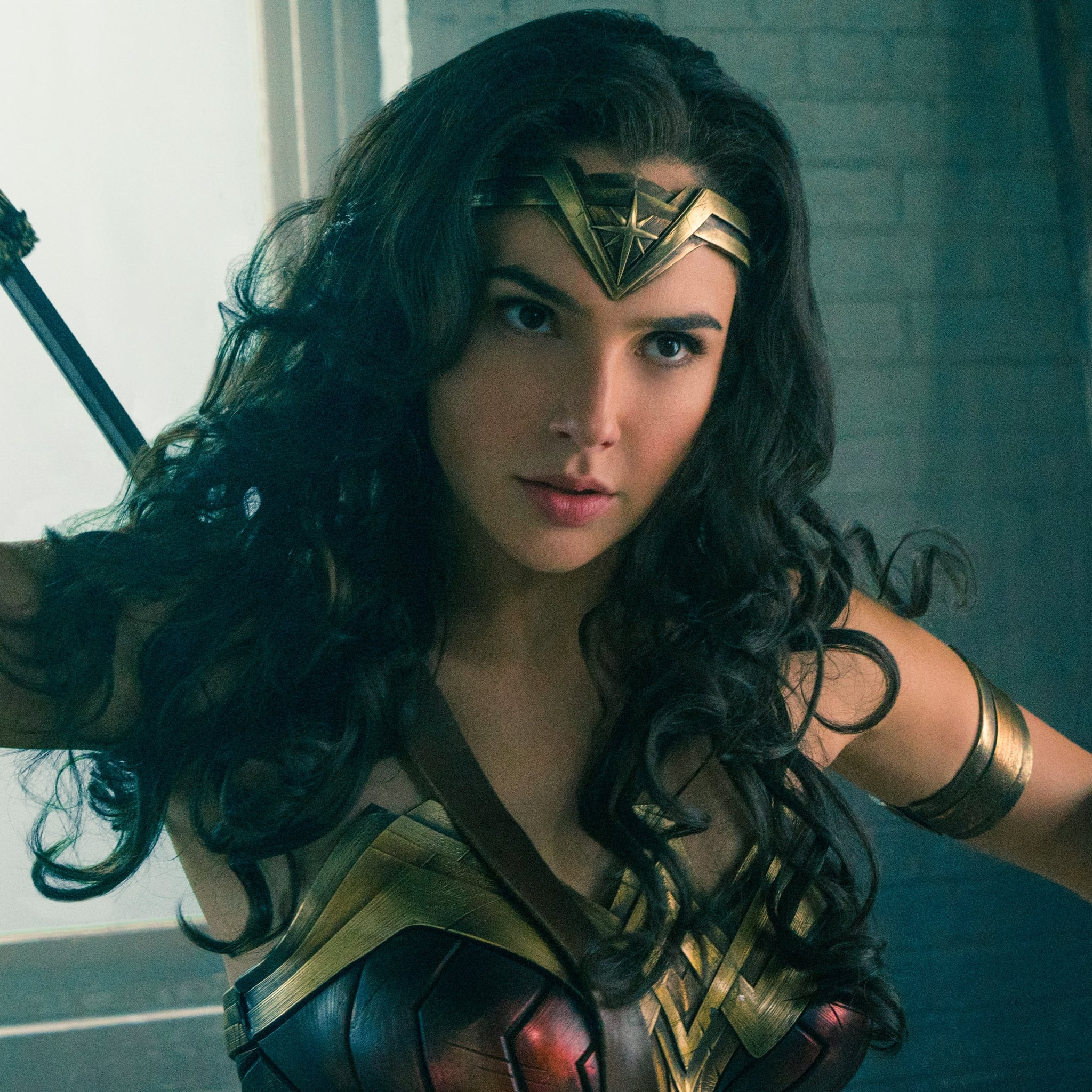 *Well, and the Mayor of London knows how to use his staff to make a point.  Trump is not the messaging genius the political pundits keep telling him he is (he appeals to his "base," right?  Right?)