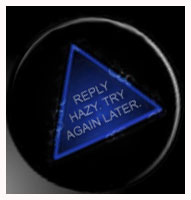 In the 1990's, when Newt Gingrich issued his Contract on America, and made it a principle of his election and the election of a GOP Congress (he got the House, anyway), they WOULD impeach William Jefferson Clinton (two separate events, but go with me), he made good on his promise.

As they say in the Texas Lege, you gotta dance with the one what brung ya.

The upshot of that impeachment was that Clinton finished out his second term, Gingrich lost the House in 1998, was forced to resign the Speakership, and then resigned from Congress (and there was an ethics scandal in there, too, quelle surprise.)

History repeats itself; the first time as comedy, the second time as tragedy.  Well, tragedy for somebody.

I've seen a headline somewhere on the internet (which is Latin for "ephemeral") indicating support for Trumpcare is down to 17%, but still Mitch McConnell gingriches on.  He's supposedly planted clever time bombs in this bill, so the real cuts to coverage don't happen until after the 2018 elections, because people are really, really stupid.  Which is as may be, but I don't think the immediate failure to destroy Obamacare coverage for many people is going to make them think the total eclipse of the sun won't happen and they won't be cast into terrible darkness at midday.

No, they really aren't that stupid.  The people, I mean; McConnell is going full Gingrich on us.  He's lost to human contact.

Interestingly, the GOP Senate is not quite so willing to commit hari-kari as the House was, mostly because Senators are elected statewide, not in gerrymandered "safe" districts.  Will McConnell pull the hat trick of getting enough of them to swallow the cool-aid?  Reply hazy, ask again later, but it does not look good, and Trump is no help at all:

“Just to do a little official business, health care is working along very well,” Trump said during a meet and greet with the Chicago Cubs in the White House. “We could have a big surprise with a great health care package. So now they’re happy,” he added in an aside to the team, gesturing at the reporters.

“What do you mean by big surprise, sir?” one reporter called.

“I said you’re going to have a great, great surprise. It’s going to be great,” Trump said.

The man hasn't the first clue what's going on.  And explaining it to him would be like trying to explain quantum mechanics to a horse.  McConnell knew he needed to do this by Friday; that his entire plan to restructure the tax system and funnel even more money to his true masters depended on getting this first tax cut, disguised as the "repeal and replace" of Obamacare, was the linch pin, for reasons that have to do with why he can do this with only 50 votes.  And now, legislative genius that he is, he can't get 50 votes.

And probably won't.  And if he does, he can kiss his leadership of the Senate good-bye.  I heard interviews yesterday on BBC with people in Ken-tucky (as the BBC announcer pronounced it, like that state was cousin to Barbie's boyfriend Ken), and they are madder'n wet hens that Trump screwed 'em over, lied to 'em, doesn't give a wet snap for 'em after all, and wants to take their Medicare away.  All I'm sayin' is:  McConnell better watch his ass.  Politically, he may be in the shit.

Nobody wants this, but the GOP insists on hearing the voice of their masters.  Won't be long before those masters are the only people who will pay attention to them.  Well, that and FoxNews.