There Are Men Too Selfish To Live Among Humans 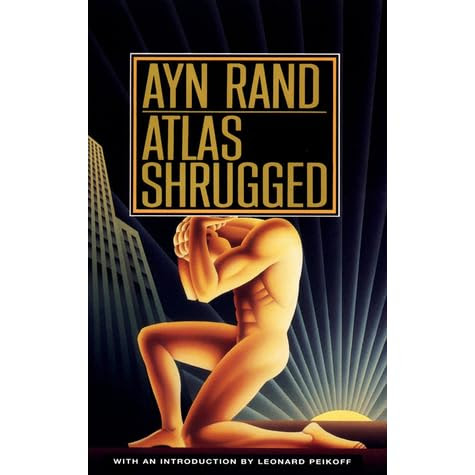 Because Atlas doesn't give a shit about people who are NOK, either?

With those puppy dog eyes, how could you deny he cares?

And then they'll get sick and go to the ER, preferably a government run facility, because the private ones will dump them in the street ASAP, and their care will cost lots and lots of money, but not to federal tax payers, so who cares?

Or maybe they'll do us all a favor and decide to die in a ditch.  It's a matter of choice, after all.  And then we can move on to denying ambulances to people who have overdosed because, really, they chose to become drug addicts.  Unlike people who are self-medicating on opioids, because they deserve our help (people who self-medicate need help, drug addicts need to die).

See?  It's all a matter of labelling.  Although this question of choice is hard!  It's hard!!

[Sen. Rand] Paul [R-KY Jelly] said buying insurance as an individual was expensive, but suggested allowing individuals to join group policies to “get a way out of that individual conundrum.” A “big group” he said, had the “leverage to demand” more complete coverage at lower prices.


You know like, through their employers!  And if that doesn't work, don't expect Medicaid to help you out.  See Kellyanne Conway for more.

“So why not go for the biggest group of all and just have insurance for everybody?” Burnett asked.


I'll alert the Nordic countries and, for that matter, most of Western Europe, not to mention Americans on Medicare, one of the most socialistic government programs on the planet.

He then pointed out the problems in Venezuela, a socialist nation that is currently suffering an economic collapse.


Because, like Texas once upon a time, their major source of income is oil.  Ooops.

“But you did just make a great argument for nationalized health care,” Burnett said. “You said ‘the bigger the group, the lower the cost,’ so all I’m taking is your argument to its logical conclusion.”

Paul wanted nothing to do with that one.

“I was talking about voluntary groups,” he said. “Not the gulag.”

Being told to buy insurance is just like a day in the life of Ivan Denisovich!  For days and days!  Maybe even forever!

See? It's all about choice.

*Or can't afford, since not all of us earn as much as the Speaker of the House, and find ourselves buying policies on the open market, rather than at group rates through employers.  But don't let reality get in the way of your lying narrative, please.  And yes, I know, the whole point of the mandate was to lower costs for insurance by increasing the number insured, but I've long ago given up reasoning with these people, even at such a far remove.  Now I just gaze in amazement at what people can convince themselves is true.  There really is no bottom, except the final descent into chaos.