And afterwards, the flood...

Why are they silent about the violence?

This was unfortunately timed, eh? Then again, the best defense is no defense?

The @PressSec doesn’t address what the US is doing about the matter, just taking the usual whack at the NYT. Also would be quite something for intel officials not to brief the president on this. https://t.co/Lb708oKzgI
— Maggie Haberman (@maggieNYT) June 27, 2020

I am really outraged by Trump's indifference to Putin paying Taliban terrorists to kill American soldiers. I can't imagine my anger if one of my sons were deployed in Afghanistan right now. https://t.co/wOIfZpXt6f
— Michael McFaul (@McFaul) June 27, 2020

And, if true, why on earth was the president not briefed on his intelligence? https://t.co/za4cLNvJkJ
— Michael McFaul (@McFaul) June 27, 2020

To my followers urging restraint until more details are confirmed, I will retract all statements if NYT reporting is proved to be inaccurate. But others are confirming. I look forward to on-the-record statements/testimony from Pompeo, Esper, or O'Brien correcting the record. https://t.co/N6jywzevsy
— Michael McFaul (@McFaul) June 27, 2020


And that's just the first flood.  Another dam(n) is scheduled to burst tonight:

Is this why the President played golf yesterday? Because no one tells him anything? Who’s telling him about the left-wing mobs, then?

Who could have guessed.
— The Lincoln Project (@ProjectLincoln) June 27, 2020 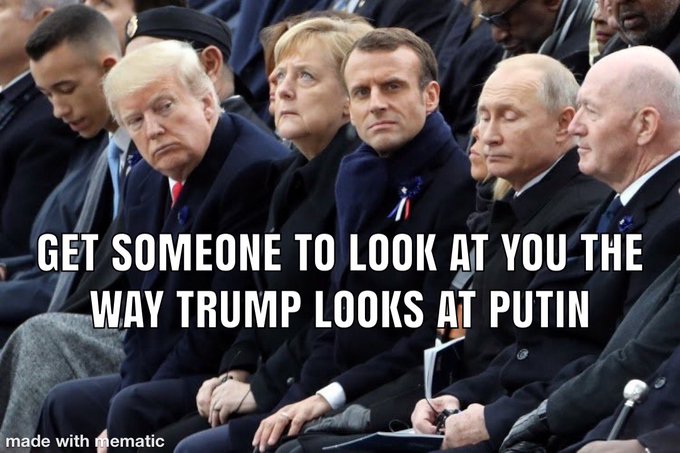