About 14 million Americans will lose unemployment aid on December 26 after President Trump and Congress were unable to reach a deal.

"The Post has been inundated with messages and phone calls from people on the verge of losing their homes and cars and going hungry this holiday who are stunned that Trump and Congress cannot agree on another emergency aid package. Several broke down crying in phone interviews." https://t.co/wtVm0ubjTr

"Christmas a humbug, Uncle? You don't mean that, I am sure."

After the White House went out of its way to say President Trump had many meetings and calls today, without listing any, @petermorrisCNN got video of him on the golf course. pic.twitter.com/x3jtrUOMmH

"I do," said Scrooge. "Merry Christmas! What right have you to be merry? What reason have you to be merry? You're poor enough."
"Come, then," returned the nephew gaily. "What right have you to be dismal? What reason have you to be morose? You're rich enough."
Scrooge, having no better answer ready on the spur of the moment, said, "Bah!" again; and followed it up with "Humbug!"
"Don't be cross, uncle!" said the nephew.
"What else can I be," returned the uncle, "when I live in such a world of fools as this? Merry Christmas! Out upon merry Christmas! What's Christmas-time to you but a time for paying bills without money; a time for finding yourself a year older, and not an hour richer; a time for balancing your books, and having every item in 'em through a round dozen of months presented dead against you? If I could work my will," said Scrooge indignantly, "every idiot who goes about with 'Merry Christmas' on his lips should be boiled with his own pudding, and buried with a stake of holly through his heart. He should!"
I'm going to spend the day re-reading Dickens.  Something of a Christmas Eve tradition for me.  It's not like I have anything important to do.
In case you're wondering, this is what else Trump is doing today:

And apparently he's through playing golf.

Rush is the GREATEST! https://t.co/W0LhbM2bSt

Good to know he's on top of the vital issues that concern most Americans. Especially the ones who are poor enough, after this hellacious year.

"The Christmas season will be canceled" -- Trump says Biden will cancel Christmas pic.twitter.com/RexB4CCc3L

Trump beat him to it?

So let’s recap where we are on Christmas Eve. 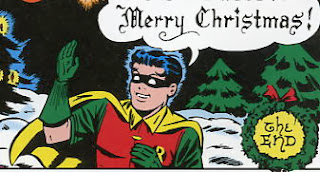