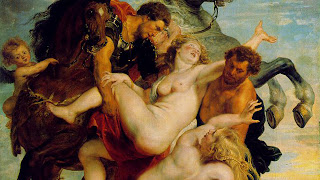 "Rape is an evil act. I used the wrong words in the wrong way, and for that I apologize," he says in the ad, which was first posted by Politico. "As the father of two daughters, I want tough justice for predators. I have a compassionate heart for the victims of sexual assault. I pray for them."

"The fact is, rape can lead to pregnancy," he continues. "The truth is, rape has many victims. The mistake I made was in the words I said, not in the heart I hold. I ask for your forgiveness."


First, let's define the term "rape." When pro-lifers speak of rape pregnancies, we should commonly use the phrase "forcible rape" or "assault rape," for that specifies what we're talking about. Rape can also be statutory. Depending upon your state law, statutory rape can be consensual, but we're not addressing that here.


Efforts to outlaw abortion and legislatively narrow the definition of rape to only the most violent assaults go hand in hand, as abortion opponents believe rape exceptions to abortion bans will be exploited by women to obtain abortions in an environment in which it is otherwise outlawed. Rape, therefore, needs to be defined differently -- to be defined more narrowly and to be defined, most critically, as something that does not result in pregnancy.

Akin says his sin was not his concept, but to use "the wrong words in the wrong way."  He wants to maintain his position, and his position is that women want to use rape as an excuse for an abortion.  Now you can follow that off into the weeds about access to abortion, but that's playing Akin's game.  The issue here isn't really access to abortion.  The issue here is the definition of "rape."

Akin, under the smooth guidance of Mike Huckabee, sought to change his original word choice from "legitimate" to "forcible."  Unless rape is "forcible," it's not real rape, because the issue is about consent.  Note that second quote:  "Depending upon your state law, statutory rape can be consensual...."  That's the kind of thinking that led the US Conference of Bishops, and others, to freak out about how federal money was going to get spent in the discussions surrounding HB 3 in 2010.  It's completely false.  Statutory rape is rape by definition, not by evidence of consent or the lack thereof.  The issue is, an always has been, and always will be:  consent.


It's the definition of "consent" that is under challenge now.  Akin's ideas about biology are not going to be widely accepted; even Rush Limbaugh found them pathetic.  But what might find a wider audience is the argument that "rape is rape," except that leads to the next question:  what do we mean by "rape"? ( And if we mean consent, don't we mean rape as an act of violence (as it was explained to me in high school?).  That's an especially pointed question when Paul Ryan is starting to echo President Obama.  That rape was an "act of violence" was the preferred definition 40 years ago, to distinguish rape from simple sexual desire.  The idea then was a woman could provoke rape by how she dressed or acted, and so to defeat that canard, rape was an act of violence, not an action of sexual desire.  That definition worked too well, though, and so “date rape” became the preferred term, because rape didn't always involve the stranger in the bushes who beats you brutally before raping you. Too soon “date rape” sounded like a kinder, gentler sexual assault, and we were back to the woman’s behavior again:  did she “lead him on” by what she said, did, wore?  Is it really rape if you know the guy?

The canard that will not die is that women use rape the same way they use sex:  to get what they want.  This isn't an assault on abortion access.  It's an assault on human beings.  While you do have to fight ideas with ideas, let me reiterate this blog's informal motto and, before I do, remind us all:  Eyes on the prize.

AKIN: You know, Dr. Willke has just released a statement and part of his letter, I think he just stated it very clearly. He said, of course Akin never used the word legitimate to refer to the rapist, but to false claims like those made in Roe v. Wade and I think that simplifies it….. There isn’t any legitimate rapist…. [I was] making the point that there were people who use false claims, like those that basically created Roe v. Wade.


Res ipsa loquitor.  At least, I think it does.