Turning on the light in the kitchen 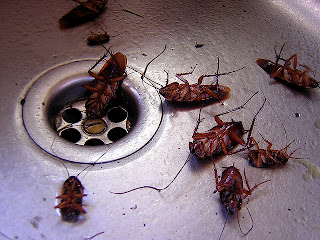 David Stockman is against it.

The U.S. Bishops of Paul Ryan's church are against it.

Denny Rehberg of Montana and David McKinley of West Virginia are against it.

Mitt Romney was for it, before he was against it.

John Sununu's only hope was to lie shamelessly about it.

Rick Scott and Rick Perry don't want to have anything to do with it.

Which is one more reason why John Boehner knows he can't sell this sh*t sandwich across the country:

But the specifics — tweaks to Medicare and Medicaid —do not seem to figure prominently into Boehner’s 12-minute speeches. Vaulting those issues onto the 2012 stage is risky for House Republicans, who have long bet that this year’s election would center on the President Barack Obama’s stewardship of a sagging economy . D.C. Republicans are extremely wary of talking about the Ryan budget in many districts, knowing that it polls dismally with moderates.

So, why did they pass it? On the Romney-esque grounds that revealing it now will cost votes in November, Donald Trump is against it).

Even Paul Ryan is now against it.

Yet it passed the House overwhelmingly just four months ago, and only five Republicans voted against it.

Which makes you wonder:  why don't they like it now?  And who are they truly representing in D.C.?

Per a "GOP operative:"

The good news is that this ticket now has a vision. The bad news is that vision is basically just a chart of numbers used to justify policies that are extremely unpopular.


It's also the budget approved by the House GOP.  What part of "representative democracy" do they not understand?  Seriously.

Rick makes the point, in comments, that this was eminently foreseeable.  I think he's exactly right, and the only saving grace right now is the cockroaches scattering because the lights are on, and cockroaches "are extremely unpopular."

How long the lights stay on, however, is another matter.  And then Plato's observations become even more trenchant.....