May those in the storm's path get the help they need 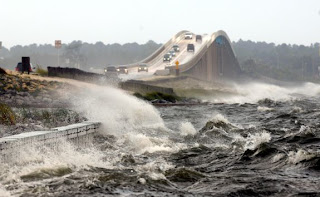 The news this morning is largely about government officials (mayors, city employees, county officials, etc.) responding to the needs of their citizens, of government employees (police, firemen, etc.) helping people escape rising flood waters or deal with wind damage, all in the wake of Hurricane (now TS) Isaac.

All this while the GOP rails against "big government" and assures us that "We built that."  By which they don't mean the bridges and roads people used to escape the storm as it bore down on them; nor the satellites, radar, and entire national weather forecasting system which told them, days in advance, that this hurricane was coming.

And they say irony is dead.