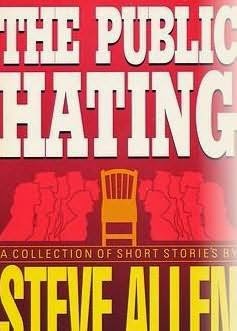 I've spent more time than was good for me reading about the controversy now swirling around Bill Cosby, almost all at Salon.  The stories there reached their nadir with the revelation that in 1969 one of his albums included a story about looking for "Spanish Fly" in Spain, with Robert Culp.  The outrage was that he joked about putting drugs in women's drinks; the story was about how naive he and Culp were, looking for a mythical aphrodisiac.  But somehow it proved Cosby was a serial rapist.

My problem with the Salon stories was not that I believe Bill Cosby is incapable of the acts alleged against him; it is that the allegations go back to events allegedly occurring as much as 45 years ago, and there is no proof of them except the stories of a few women (the number, like almost everything else in this tempest in a teapot, is in dispute.).  It could be the stories are all similar because they reflect the pattern of a rapist; it could be the stories are all so similar because each story-teller is familiar with the other stories.

How can we tell?

This is the best timeline on the controversy I know of.  Most of the details are of the allegations by Andrea Constand, the only woman to have ever sued Cosby for alleged assault.  This suit is the source of the "14 women" number, women who have allegedly made similar charges.  13 are listed in court papers as Jane Doe witnesses.  One woman, Beth Ferrier, claims to be Jane Doe 5, and tells her story in a news interview.  Barbara Bowman is another witness; she also tells her story to the press.  I mention this because these are named witnesses, not anonymous ones.  Much has been made of the fact so many women tell the same story, but the stories of Green and Bowman are two attached to names, and with details behind them.  I haven't found anything about the other witnesses, but the commonly accepted "fact" is that they all tell the same story.  As far as I can tell, those women never told their stories at all.

The Constand case was filed in 2005, settled in 2006.  None of the Jane Doe witnesses testified; at least not in court.  I can't tell whether Green and Bowman were ever deposed, which would qualify as testimony.  All information about their stories comes from news accounts, not from deposition transcripts.

That ends it until 2014.  Joan Tarshis accuses Cosby of rape in November, a rape she says occurred in 1969.  Janice Dickinson accuses him of rape a few days later.  She says her rape occurred in 1982.

So four women have made accusations; one sued.  11 more allegedly made accusations, but we don't know the content of their stories, or what their names are.  It seems pretty ugly; it also seems pretty amorphous.  And today, like Bill O'Reilly screeching about "Merry Christmas!" v. "Happy Holidays," the pack of hounds got its prize:  Bill Cosby won't develop a new sitcom for NBC.

The Republic is saved.  Justice is done.  We can all sleep better tonight.  A major entertainment corporation, like major retailers last December, has proven to have knees of jelly.  They don't want to displease people with their choice of star for a sitcom, or displease Fox News viewers with the greeting they offer customers after Thanksgiving.

And then, of course, there is the controversy over the shirt.

I read a story once, long ago, by Steve Allen.  It was called "The Public Hating."  I think I still have half the paperback book it was reprinted in, the half with the story in it.  I found it tonight on-line, here.  It's an interesting story, and while Allen never imagined modern communications or the internet, he did imagine a world much like the one we seem determined to make on-line.

At least in some corner of it.