December 29--Meditation in a minor key 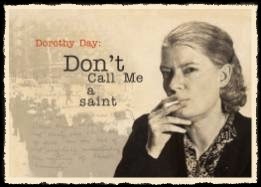 I have time for this much original thought, and no more.  This is from an essay by Richard Rorty, "Anticlericalism and Atheism."  Rorty says:

The point of such a reformulation [more on that later] would be to take account of our conviction that if a belief is true, everybody ought to share it.


Which leads him to this conclusion:

I can summarize the line of thought that Vattimo and I are pursuing as follows: The battle between religion and science conducted in the eighteenth and nineteenth centuries was a contest between institutions, both of which claimed cultural supremacy.  It was a good thing for both religion and science that science won that battle.  For truths and knowledge are a matter of social cooperation, and science gives us the means to carry out better cooperative social projects than before.  If social cooperation is what you want, the conjunction of the sciences and the common sense of your day is all you need.  But if you want something else, then a religion that has been taken out of the epistemic arena [i.e., away from making any claim in "reality" at all], a religion that finds the question of theism v. antitheism uninteresting, may be just what suits your solitude.

I'll come back to that essay, but in light of the quotes from Dorothy Day, above, or from Archbishop Romero, coming on Tuesday, I find this description of "social cooperation" both dubious and, frankly, hegemonic.

And typical; oh, so typical.  Another signpost demarcating the line between "them" and "us," between "inside" and "outside."  "Religion is responsibility, or it is nothing at all."  And responsibility begins and insists on self-reflection, and self-awareness, and self-examination.