The art (and necessity) of cross-examination 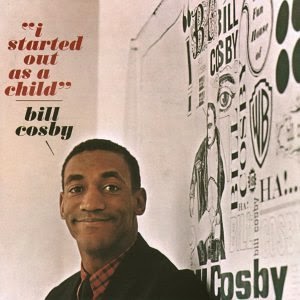 I was involved in a kangaroo court once.

Does my telling you that make it true?

I was involved as a lawyer, not as a party.

Even if I include enough details to make the story convincing, does that prove it happened?

I've told stories about conference ministers I've known in the UCC; the kangaroo court I'm speaking of is part of one of those stories.

Are those stories true?  I could tell you stories of very strange behavior, vicious animosity directed toward me, other pastors investigated for various allegations of sexual impropriety (it is the most volatile claim you can make against a pastor, to allege improper sexual relations.  One of the strongest memories of my ministry is how many times I was warned by concerned pastors to never be alone with a woman, a church member or a perfect stranger, and to never close my office door, even if I did so to preserve confidentiality with a church member.)

Is any of this true?  How do you know?  Because you trust me?

But what if I'm making all of this up?  How would you know?

I've actually had experience with people making up stories about me.  It happened to me in seminary, in a very minor way.   It happened when I was a pastor, with effect that was more important.  One story was so divergent from what actually happened, what I would actually ever do, it was like an evil opposite version of me, the kind of thing you get from bad TV shows.  I won't bother with the details, but trust me, it's true.

Then again, how would you know?

There is a way to verify allegations of criminal behavior:  it's cross examination in a court of law.  Most of the women named as "Jane Doe" in the lawsuit against Bill Cosby in 2006 have now come forward; probably the rest of them will.  Probably they are the witnesses in that suit (but how do we verify that?).  Assume they were.  Their stories go back to 1967 now.   Almost 50 years ago.  What evidence were they going to present in 2006, except their own testimony?  Are they credible? Do their stories hold up to scrutiny, to even casual inquiry? Can Mr. Cosby be placed with them, or in the same hotel, city, state, on the date of the event?  Is there anything to back their claims, other than their willingness to be interviewed now?

What do they gain from speaking now?  Satisfaction, probably.  Who knows? I had church members decide their goal in life was to destroy my career.  Why?  What did I do to deserve that?  Rape someone?  Argue with them?  Gossip about them?  Denounce them to the assembled congregation?  Spit on the ground every time their name was mentioned?

I did none of those things.  It didn't matter.  I'm not sure what did.  I've had to fall back on Bruce Springsteen:  "Well sir I guess there's just a meanness in this world."

I guess there is.

I no longer expect people to behave like the people I grew up with.  I've learned people can be strange, cruel, vicious, vindictive, and nasty; and none of it for any reason you'll ever understand.  I haven't learned why they act this way, not in all cases; but I have learned never to underestimate the desire to destroy someone, especially when the blood is in the water.  I'm told chickens will viciously attack a bird with a spot of blood on it; that the whole flock will attack until there is little left of the victim.

I've seen people act like chickens; more than once. I still can't explain why.

I was involved in a kangaroo court once.  The people running it were quite sure they were good people, and they were doing the right thing, and that all my legal training and desire for some semblance of order and even to be able to question witnesses on behalf of my client, were not only unnecessary but actually counterproductive to the purpose of getting at the truth.  Which truth they had pretty much settled on before the process began.

So I've seen this movie.  I know how it comes out.  The only difference now is, it is aided and abetted by this brave new world we have created on-line.  Those people running that kangaroo court were as certain of their moral righteousness as all the commenters and writers are now.  Just as certain, and just as wrong, because they can't be bothered with justice; they already know what justice is.  Their moral righteousness tells them so.

That is not a good thing.  This is not the improvement in society we've been looking for.