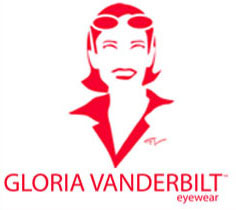 I was watching NOVA last night, a show about how the universe is fundamentally mathematical (except, as even NOVA admitted, it isn't. It made me think of the old joke about the drunk looking for his lost keys under a street light, not because he lost them there, but because the light is so much better.  Physicists who said math explains the universe were rebutted by other scientists who pointed out math actually did a poor job of explaining phenomena noted in other fields, and that physics was pretty much locked in to looking for answers that math could provide.  Which explains my drunk under the street light.  But I digress....).  This morning it was proven to my satisfaction that the universe is not fundamentally mathematical, but rather fundamentally ironic.

She went on to observe, “You needn’t be a criminal profiler to draw a mental sketch of the killers who broke so many hearts two weeks ago Wednesday. I will tell you they live within 5 miles of Franklin Avenue and Ardmore Boulevard and have been hiding out since in a home likely much closer to that backyard patio than anyone thinks. They are young black men, likely teens or in their early 20s. They have multiple siblings from multiple fathers and their mothers work multiple jobs. These boys have been in the system before. They’ve grown up there. They know the police. They’ve been arrested. They’ve made the circuit and nothing has scared them enough. Now they are lost. Once you kill a neighbor’s three children, two nieces and her unborn grandson, there’s no coming back. There’s nothing nice to say about that.”

It's the "multiple siblings from multiple fathers" that raises it to art; or racism, your choice.

The irony?  I turn on the radio later in the morning, and Diane Rehm is interviewing Gloria Vanderbilt and Anderson Cooper.  Seems they've written a joint memoir of sorts.  And that Anderson is her son by her third husband; she was also once married to Sidney Lumet, and before that to Leopold Stokowski.  I don't know if she had any children with Mr. Lumet, but she did with Mr. Stokowski.

Which isn't a problem, you know, because she's rich, and Anderson Cooper is successful.  And they're both white, which doesn't enter in the equation at all.  Does it?*

Remember when it was revealed the Sandy Hook shooter was a child of divorce?  There was some tut-tutting about the father not providing the right "influence" for the boy, but that didn't really go very far, because divorce is pretty commonplace among white families; and besides it was really the mother's fault for being such a gun freak, right?

So, when white people have multiple siblings from multiple fathers well, they deal with it.  Black people?  Apparently, not so much.

What are the mathematical odds I'd run into these two stories on the same day?  Tell me the universe isn't fundamentally ironic.

*and if Cooper had been scandalous rather than famous, would we blame rich white people?  Or just his mother?