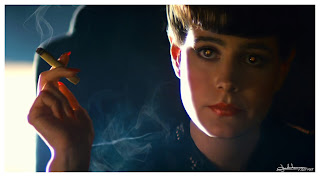 And oddly enough, it sounded just like something by Vangelis

So today on my local NPR station they ran this episode of "The Engines of our Ingenuity," which points out that:

Research has shown that the brain processes music using absolute pitches. Hook electrodes to the right parts of the brain, run the signals to speakers, and you’ll hear Twinkle, Twinkle Little Star in exactly the same key as it was played. This in turn begs the question. If the brain processes actual pitches, not relative pitches, how do we recognize “the same song” when played in another key? Or even more, when we speed it up, change the instrumentation, and add accompaniment?

But here’s something quite remarkable. Suppose that someone is running a lawnmower at the same time the bird is singing. The lawnmower creates its own sound wave. But it doesn’t arrive at the ear as a separate wave. It mingles with the bird’s song and arrives at the ear as a single wave. Yet our brains can clearly and distinctly separate the wave into two sounds – that of a lawnmower and that of a bird. Throw in the whoosh of a passing car and the hum of an air conditioner and we can separate all of them. For our ears and brains it’s easy. Yet, for all practical purposes, it’s impossible for today’s computers.

There’s a lot about music and the brain we don’t understand and perhaps never will. But that shouldn’t stop us from enjoying music’s visceral pleasure, whether found in a grand masterpiece, or just a simple folk tune.

Which made me think of the cave paintings in Lascaux, placed deep underground where the artists had to deliberately search out where to paint their pictures.  Or even the paintings in the Lower Pecos region of Texas; both sites prove art is as fundamental to being human as is food and shelter.  When I was in college my German educated German professor tried to interest us in matters beyond the usual curriculum of American students, i.e., the "classics" of Greek literature.  He explained the theory then extant, that as the people moved to the land we now call Greece they found life so much easier than in northern Europe that arts and philosophy could flourish, because they no longer had to struggle against the elements for mere survival.  It was a common explanation for the rise of religion, too: it became more a part of society as society become more agricultural and therefore more settled.  In other words, as we have leisure we become "more human."

Except, as I say, the cave paintings at Lascaux or the rock paintings in Texas, bespeak a human need to create art, probably connected to a human need for religious expression, and neither depends on first meeting the lower levels of the hierarchy of needs.  At least not at the levels to which we have become accustomed, and which we would consider a minimum.

And now it turns out music is identifiable as part of the very function of our brains; and yet how that works remains a mystery.

Perhaps we will solve that mystery; perhaps we won't.  If we don't, we will probably (extrapolating from current trends, always a mug's game) decide it wasn't that important after all.  But it is something "impossible for today's computers."

So, whither AI?  Do we really foresee the ability to "replicate a human mind"?  I guess it depends on how we define "mind," huh?  As numerous science fiction writers have pointed out, what we might get might well be an emotionless monster, a cybernetic psychopath; if only because we really have no idea what we mean when we say "mind."

How do you replicate that which you cannot know?  Will AI have a subconscious, an ego, id and superego?  Freudian psychology is out of style, so probably no one expects that, now.  But will it have memories?  We still believe an important part of being human is to have memories. Just ask Rachel in "Blade Runner."  She even assays a tune on the piano.

If AI is not religious, artistic, musical; is it still a replication of a human?  The idea of religion alone today prompts the knee jerk response of "Danger, Will Robinson!  Danger!"  Because if we can't have a robot like the one on "Lost in Space," what might we end up with?

There’s nothing wrong with technology, digital or otherwise, as long as we recognize its limits and see it for what it is. ”We’re not against the technology itself,” Keen, author “The Internet is Not the Answer,” pointed out. “There’s a problem not with the technology… but with the ideology around the technology.” He says it’s become a new kind of “liberation theology.” Keen asks: “Who is going to own these platforms?… We haven’t thought this stuff through.” (James Hughes of the Institute for Ethics and Emerging Technologies was also part of the debate.)

What the happy talk about AI and technology shows is that for some people – even for very smart people like Rothblatt – digital technology has indeed become a religion. And it summons a kind of awe that could be very dangerous.

I don't have any idea how "the ideology around the technology" has "become a new kind of 'liberation theology,' " except to thoroughly misunderstand what liberation theology is (it is a theology which has much more to do with Bernie Sanders praising the Sandinistas than with actualization of the self).  And the question isn't even "Who is going to own these platforms?".  The question is:  what makes us think replicating a "mind" is even possible?

We are trapped in our words in this conversation, and this really isn't a conversation for tyros.  Music can be a profoundly intellectual exercise, as the work of J.S. Bach exemplifies.  But Bach wrote music for humans, not machines, and even his tuning exercises (The Well-Tempered Clavier is meant to, among other things, establish the notes of a properly tuned keyboard.) are profoundly moving, reaching us in ways words simply cannot explain.

And then there's the whole question of hypnosis.  How is it that mere words can be so powerful?  Is that not, too, a function of mind?  Imagination.  A function of mind, or a dereliction of reason?  We've been having this conversation for millennia; the Romantic revolution was the latest irruption in the conversation, and we aren't through discussing it's observations yet.  Can we leave out music, art, creativity, and still have "mind"?  Can we identify these things clearly enough to replicate them?

If the awe is dangerous, it's only dangerous in relation to what it is directed toward.  We need to temper our assurance in what we can make our technology do with a bit more humility about what we don't really understand.

After all, that's been the message of every "mad scientist" story since science fiction created that stereotype.
Posted by Rmj at 12:22 PM