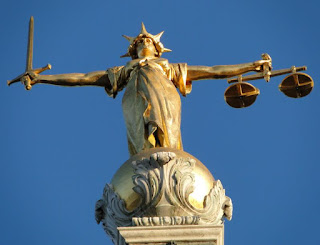 Lots of thumb sucking about the Merrick Garland nomination.

Salon has two or three articles (daily!) which will lament one non-liberal aspect or another of Judge Garland's record.  TPM, on the other hand, has two or three articles (daily!) about what a brilliant political maneuver it is for Obama to nominate Garland, as it puts the GOP between a rock and a hard place, and tightens the screws on the vise (sorry, early morning metaphors come out of the blender.  And as for people complaining about English spelling, how do you distinguish "vice" from "vise" without spelling?  We have a lot of words like that, because English has too many words and not enough sounds to accommodate them all.  Through and threw, for example; dear and deer; meat and meet; wait and weight; know and no; the list goes on.  But I digress.....)

And Slate makes the perfectly reasonable argument that Garland is a stalking horse for a fight between Obama and Congress.

Most of the complaints about Garland (which you can find, for a short time, at Salon; or there are links in articles at Slate or TPM) are about how illiberal he is, what a disappointment he actually is to the liberal Democratic base, etc.  There are comments about how he will be another Anthony Kennedy, as if that is the worst thing possible.  No, the worst thing possible is that he be another Scalia; or, worse yet, an absolute cipher like Thomas.

Frankly, I'm tired of the Supreme Court being so political.  Scalia reveled in that role.  He enjoyed writing outrageous opinions that got people arguing about what he said.  He wanted the attention.  Alito is as bad as Scalia, but nobody notices him.  Thomas is as thoughtful as mud, and as stuck in one place as the proverbial stick; but who cares?  Scalia turned the Court into a WWW cage match, and any shredding of the Court's reputation for august and objective review of the law was destroyed by the man.

And we need to replace that fig leaf.

Judicial realism is a theory of jurisprudence that arose from sitting judges who observed their own behavior as judges and came to the conclusion they decided on a "hunch" (It's actually called the "judicial hunch" in jurisprudence) what the right outcome of a given case should be, and then applied legal reasoning to get there.  The legal reasoning is the fig leaf, meant to justify the conclusions of the Court and essentially sell it as justice.  It's not a perfect system, but it's better than all the others; as someone once said of democracy.

Think of the cases recently where this hasn't really worked.  Hobby Lobby.  Citizens United.  Bush v. Gore.  Do we really need to politicize the Court further by making every appointment to the highest bench in the land a political mud fight which makes shutting down the government look tame by comparison?  Must every battle be absolute, Robert Bork defeated on one side, Lani Guinier on the other?

For the sake of the entire judicial system:  no.

Garland's nomination may well be simply a clever political play by Obama.  Or maybe he thinks Garland deserves to be on the Supreme Court, and the nation deserves to have him as a Justice.  Heaven knows, the country could do worse than have more Justices who simply want to decide cases, than Justices who want to make a point against all those they disagree with.  We have cable news for that.