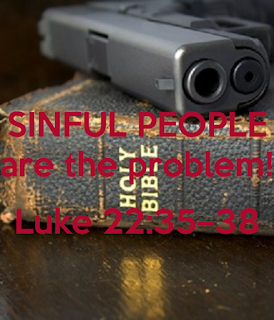 Well, I couldn't get any love for the BeeGees, so now I'm pissed off!

Are our hearts restless until they rest in God?

Is this insight into the weaknesses of religion all that new, or is it, as Howland Owl said of nu-clear physics, not so new nor so clear?

And, of course, the burning question:  what is religion for?  Is it meant to instill moral behavior and observance of moral codes?  Or is it meant to teach wisdom, and if you, the individual, either refuse the lesson outright (atheism), or take the lesson for good advice but not really to be followed that strictly (what that rabbi calls the "ordinary religious believer"), or is taken as a club with which to beat others (not a group the rabbi addresses, which is an odd lacunae), or even is transformative of the person (as in the example of Paul, Abraham, or Moses, what the rabbi calls the "spiritually attuned"), then the problem is yours?

Put more simply: is religion for the spiritually attuned and the ordinary religious believer, or is it for all humankind?  The rabbi seems to think it should have been the latter, but instead became the former, and that is the fault of monotheistic religion:

As these [monotheistic] religions entered the world stage, alongside their charge to love God and love humanity, they began to wage war with those who preceded or followed them. Wherever monotheism developed, it was accompanied by the belief that the one God could be truly represented or correctly understood by only one faith community. Love of God, or more accurately being loved by God, was perceived to be a zero-sum game—the more one was loved, the less another could be.

And so, together with the love of neighbor came the hatred of the other. Together with kindness to those in need came the murder of those who disagreed. Monotheism became a mixed blessing and a double-edged sword.

But, to be fair, it was always going to be a double-edged sword.  Jesus even addresses the issue directly:

And he said to them, When I sent you with no purse, or knapsack or sandals, you weren't short of anything, were you?

He said to them, "But now, if you have a purse, take it along; and the same goes for a knapsack.  And if you don't have a sword, sell your coat and buy one. For I tell you, this scriptures must come to pass where I am concerned: 'And he was treated like a criminal';  for what is written about me is coming true.

And they said, "Look, Master, here are two swords."

For the person of faith, to believe is most often not a decision but an outcome of the search to fill a void that is experienced with palpable immediacy in everyday life. As a result, this faith is by and large impervious to critical analysis and counterclaims.


Well, Augustine would agree with that; at least according to the most common interpretation of the Confession.  But I would happily offer a counter-argument:

"Our hearts are restless until they rest in thee," Augustine famously said; and somebody took off with that and called it a "God-shaped hole" in us that we must fill, and that became exclusionary and the favorite hammer of the fundamentalists with which to prey up on the rest of us, and for a long time I couldn't make peace with Augustine because of it, and I just rejected the idea outright. And then, just yesterday, just a day or two ago now, I understood. It isn't that we have this hole, this lacking, this emptiness that only "God" can fill. It is that we have needs, wants, desires, which are bottomless: and there are good ways to satisfy them, and less good; and even bad ways. And the fullest satisfaction, we can call "God."

But then again, just as when God was present before Elijah and there was thunder, but God was not in the thunder, and fire, but God was not in the fire, and an earthquake, but God was not in the earthquake, neither is God contained in the hole we have in our experience, nor even is God contained in our fullest satisfaction.  I think faith is by and large impervious to critical analysis and counterclaims; but I equally think faith is nothing more complicated than trust, and that to trust in God is to struggle with God.  Because God is not us; and we are not God.  God is no more a mere projection of human need than the U.S. Constitution is simple document with a singular interpretation available to an "originalist" reader.  God may yearn for humans; humans may yearn for God.  But the danger in seeing this relationship as on built fundamentally on yearning is the same danger we create whenever we try to simplify God.  It is the same danger we face when we try to simplify our relationships with others:  spouses, friends, family, intimates.  The closer we get to another person, they more we are tempted to simplify them, so they suit our needs.  But there is an ethic of the other, and of the Other, that recognizes they are irreducibly not self.

And that's the sword that always has two edges.

Which takes us back to the question of what religion is for.  If it is meant to teach morality and "right" behavior, and very little more, then it will always be dividing groups into "us" and "them."  It's not only inescapable, it's baked into the pie.  This is, by the way, the usual excuse for mistreatment of Jews:  that their relationship to the God of Abraham makes them "special," and therefore "superior," and therefore:  get 'em!  It's a misreading of the law and the prophets and even the covenant, but it's a popular one (has been for millennia), and even if it is tacitly set aside in the post-holocaust world, it still continues to confuse and divide.  And it's wrong.

So perhaps wisdom begins with setting aside religion as necessary or required, although it is certainly fundamental to being human.  Atheists would deny that immediately, but then atheists are the ones busy denying religion in order to cast off religion.  It's what we used to say in the 6th grade when girls were still supposed to be icky:  if you can't stop talking about her, even to talk about how icky she is, it means you're attracted to her.  Art history teaches us that religion is part of being human:  the prehistoric cave painters in France didn't crawl deep underground through narrow passages just to doodle on the walls or because it was hot outside.  Those paintings have been linked to religious practice, although the religion itself is long gone.  Religion is neither necessary nor required; it is as much a part of being human as being social and using language.

How we use it, is the question.  If you want to distill it to a set of rules, of "do's" and "don'ts", you can; but you miss the entire point of the exercise.  If you want to study it, become part of it, let it become part of you, in order to gain wisdom, to understand life, to pursue happiness even (the least part of it, in some ways; the best part, in others), then you will come closer to what religion truly is.

But, like God, it should always stay other to you.  So long as it does, so long as you don't define it into a handkerchief you can fold neatly and keep in your pocket for emergencies, for the unforeseen sneezes of life, then you remain true to it.  Which is a lesson on how to treat people, too.