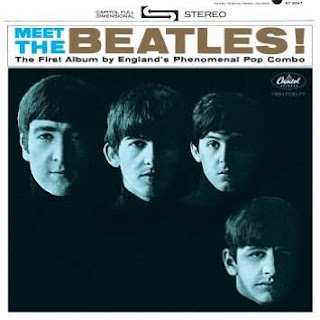 Christianity will go. It will vanish and shrink. I needn’t argue about that; I’m right and I’ll be proved right. We’re more popular than Jesus now; I don't know which will go first—rock 'n' roll or Christianity. Jesus was all right but his disciples were thick and ordinary. It’s them twisting it that ruins it for me.  --John Lennon, 1966


I remember hearing about this, but this is the first time I ever read the words on context, or even knew what else Lennon said.

When I heard about the interview, the line about Jesus was all anyone wanted to talk about.  I was more sanguine, even then (I was a dour child).  I figured he was right, that the Beatles were more popular than Jesus, but why did Jesus have to be popular?  Now, looking at it in context, I shrug.  Because I'm 50 years older?  Maybe.  Because rock 'n' roll is gone and Christianity is still here?  Partially.  But mostly because this critique of Christianity:  "Jesus was all right but his disciples were thick and ordinary. It’s them twisting it that ruins it for me," is as old as Christianity itself.  And it's a little like Linus' famous cry in "Peanuts:"  "I love mankind!  It's people I can't stand!"

Why do you think Christianity has fractured into so many churches and denominations over two millennia?  And yet, Christianity is still here.  No brag, just fact, as Will Sonnett used to say.  I'm not lording it over the 20 something John Lennon, or dancing on his grave.  It's just really an unremarkable statement, even 50 years ago.  It's not terribly insightful.  It's meant to be daring, a little boy sticking his tongue out at the bishop; but really it's just childish, rather than wise.

This stuff is much worse, even 50 years later:

“Show business belongs to the Jews,” Cleaves quotes “The Beatles” collectively as saying, in a version of her reporting that appeared in the New York Times Magazine in July of 1966. “It’s part of the Jewish religion.” (In a press conference in Los Angeles in August, Lennon tersely admitted that the quote came from him: “You can read into it what you like, you know. It's just a little old statement. It's not very serious.” The crowd of journalists didn’t ask him to follow up.)

Lennon also tells Cleave that he is considering sending his son Julian to a French lycée in London, but muses “I feel sorry for him, though. I couldn’t stand ugly people even when I was five. Lots of the ugly ones are foreign, aren’t they?” Ringo Starr, meanwhile, refers to the band as being so close they’re like “Siamese quads eating out of the same bowl.” He jokes of his wife, Maureen, that “I own her, of course.” She was 16 when they met—he was six years older—and “her parents signed her over to me when I married her.” Paul McCartney decries racism in America, “a lousy country where anyone who is black is made to seem a dirty nigger.” That line made it to the cover of Datebook, too, above Lennon’s Jesus quip.

Of course, the boys are simply repeating what they grew up learning.  And what it proves is that Donald Trump isn't tapping into anything the British didn't bequeath to us as a culture long, long ago.  We love mankind; it's people we can't stand.