It's only subvocalized morphemes..... 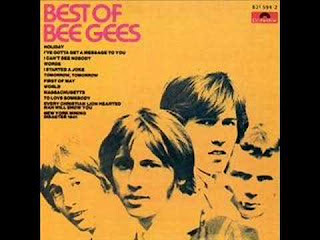 You know, I actually used to have this album.
I don't think I do anymore; which is probably just as well.
Junior high was a very sappy time.....

This article raises the concept of subvocal speech; that we do "talk to ourselves" even when we don't articulate speech.  As I'm writing, for example, I'm thinking of the words and "hear" them in my voice as I produce them.  You'd think thinking about that process would be akin to the centipede in the rhyme asked which leg comes after which, which raised it's mind to such a pitch it lay distracted in a ditch, considering how to run.

But oddly, it works just fine.  In fact, without it, I don't think I could type at all.  A different set of thoughts goes through my mind when I pause to insert a link, like the one above (not there yet, as I type, but it will be as you read).  If I stop, often I "lose my train of thought," and forget what the conversation is I was having that allowed me to type words on this screen.  So I continue the thoughts until I'm done, and then go back and correct typos or insert links or otherwise format the post.

I don't, it should be obvious, think about what my fingers are doing.  That WOULD leave me distracted in the metaphorical ditch (I just corrected my thought to type to word "metaphorical" there; insert it, actually) considering how to...well, type.  Indeed, typing is so reflexive that if I move my fingers one key over, I can produce gibberish without realizing it (say I'm not looking at the screen).

And how hard it was to learn not to look at my fingers but watch the paper, and later the screen (it seemed even harder to switch attention from the paper to the screen).  O the wonders of cognition!

And we aren't even through, yet.  I've been re-watching "The X-Files," and just again watch "From Outer Space by Jorge Chung," the episode where Charles Nelson Reilly is trying to gather material for a book by interviewing witnesses to an incident involving Mulder and Scully.  I always enjoyed that one because it so reflected the reality of a lawsuit:  everyone involved, especially when the case involved eye-witness testimony of a traffic accident (business cases were a bit duller on this point), had a different version of "what really happened."  But when one witness is hypnotized to recover "lost" memories of an alien abduction (this is "The X-Files," after all), Reilly pauses to wonder at the power of hypnosis, at how much can be accomplished with mere words (the "power of suggestion").  And how we don't really know how, or why, that works.

It's only words, and words are all I have, to take your mind away.

I've also recently watched a Netflix series (actually BBC, but Netflix labels it as their own), "River."  The titular character is a Detective Inspector in London who is "haunted" by the dead.  Not in "The Sixth Sense" way, abut as part of his psychology. The eventual armchair psychological explanation is that his mother abandoned him to a cold, uncaring grandmother in a Swedish landscape (the star is Stellan Skarsgard, whom you may have seen in the Avengers and Thor movies recently) with, apparently, no children.  His fantasy dead people apparently are his one barrier against loneliness.  He often physically struggles with them, to the consternation of on-lookers as he battles empty air.  It put me in mind of myself; not that I've ever seen corporeal bodies as solidly as River does (it makes for good drama, but not necessarily verisimilitude, except to convince one the man has serious problems), but I still talk to myself and I used to imagine a group of peers talking with me.

Again, not so corporeally as in a TV show, and not to the point they were real people or I thought they were.  It was simply a way of working through my thoughts.  As I got older they disappeared (they were never there, that's too strong a way of putting it, but no matter), and yet I still talk to myself.  My running joke is that what worries me is not that I talk to myself, but that I argue with myself, and sometimes I lose the argument.*

My wife tells me she sometimes sees me driving and notices my lips moving (when I drive past her, not when she's in the car).  I do vocalize to myself when I'm alone, sometimes.  I've been doing it for nearly 60 years, I'm not going to stop now.  But here's the interesting question, the one no one asks because we assume there is a "self" inside our head, and we accept, more or less, the Western constructs of mind and self and soul:  and the interesting question is:  when you talk to your "self," who are you talking to?  And who's doing the talking?  Perhaps more importantly:  who's listening?

I find it valuable to talk to myself.  Complex thoughts need an airing, and I seldom put them on paper:  they become concrete then, and distorted, and often lost to speculation.  Well, for me, anyway.    At some point the scientific insight or mathematical formula or philosophical revelation or artistic impulse has to find completion in the concrete; but until it is ready, it has to be mulled over in deep privacy.  But am I mulling it over with someone?  And who would that be?

This doesn't get to the roots of schizophrenia.  That's a mental condition I have little knowledge of, and while I've encountered people with multiple personality disorder, again it isn't so dramatic as it is portrayed on television or in the movies.  Schizophrenia is a complex condition: I don't want to reduce it to something simplistic.  I'm just interested in the idea that we all have a voice in our heads (I've never doubted that) and how what works in what we call "thinking."

Because how we define thinking is very much a matter of culture and preconceptions.  We none of us have an "objective" idea of what our thoughts are, or how we produce them; and the very idea that we could has produced a fair number of problems.

The Romantics got us thinking about ourselves as selves, rather than as social creatures in a rigid hierarchy.  Read Gray's "Elegy," and there's no hint that the anonymous village dwellers now in the graveyard ever had an "internal life;" and yet that poem is considered a pre-Romantic work (and rightly so).  We don't really get to that "stream of consciousness" portrayal of an interior life until Ambrose Bierce's "Occurrence at Owl Creek Bridge," a story so contemporary to us we fail to see how radical it is.  Neither Twain nor Dickens ever produced anything so reflective of an interior existence, and it isn't until Joyce and Woolf that we commonly think it took root in literature.  The major difference between Bierce's effort (one reproduced in "Chickamauga," where the protagonist is a deaf child who can't hear the battle going on around him and only reacts, finally, to the devastation of his home, and not to the battle that rages around him) is that Bierce, like Poe, disdained novels.

Poe tried to return to pre-Romantic thinking when it came to thinking about thinking (well, Poe among many others).  Wordsworth set us on the path to Freud with his emphasis on childhood as the shaper of adulthood and memory as the repository of the self (an idea he took from Locke).  Poe emphasized "ratiocination," even as he wrote stories of grotesques and their bizarre experiences (and, like Bierce, introduced us to interior lives, though those lives were often too strange to be models of human experience, but rather models of insanity or, a la "The X-Files," stories too strange to be accepted as true.).    But his narrators were always talking to someone, always telling their tale in much the same way as Pamela (one of the first epistolary novels) or David Copperfield did.  Bierce's Peyton Farquhar in "Owl Creek Bridge" had no one to talk to in the moment between the fall and the sudden stop.

Still, Poe resisted the nascent idea of Romanticism, that human thought involved heart as well as head, feelings as well as reason.  And so the idea that our thinking could be the product of being human, rather than being "rational," rooted itself still deeper in our culture.

When we say these things to ourselves, the better to understand them, who are we speaking to?  And why is speech, silent or subvocal or vocal, so important to us?  Why is it mere words can hypnotize us, even give us memories which aren't possibly true?

Of course, words are not the limit of our experiences.  If you cannot put your love for someone into words, do you love them less?  Do you not love at all?  As Wittgenstein said (I'm listening to a Mozart piano concerto now as I write, some hours after I started this), if I can't explain what music means to me, how can I explain anything important?  (Ravel wrote the "Piano Concerto for the Left Hand," or whatever the correct title of that is, for Wittgenstein's brother Paul).  But if I can't explain it, if I can't, in the cliche (Shakespeare's, I want to say; but maybe I'm confusing Iago's disdain for wearing his heart on his sleeve), heave my heart into my mouth and let it speak from there, is my love any less true?

What do we do when we can't put things into words? Sighs too deep, and all that.  Paul says that's when God intervenes, but he means that in a more specific context.  Our thought is not language, but language expresses our thought, even if it is only the three words "I love you."  Perhaps those are sufficient; often, they are not.

It's only words; but words are all we have.  Well, that and music, art, hugs, looks, behavior, attitude, clothes, gestures....

And who we talk to; especially when we talk to ourselves.  Whatever that means.

*Interestingly the creator of "River," Abi Morgan, says she talks to herself, too, and her children notice.   I'm sure it's very widespread, and it's never really bothered me that I do it.  I really wonder how much I vocalize my thoughts now, and whether I don't notice, or I don't do it as much.