In the Spirit of the Season 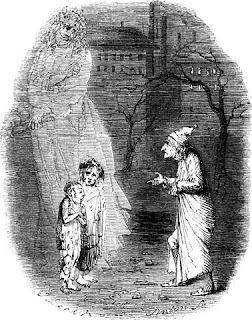 After Senate Republicans balked at supporting a $14 billion auto rescue plan approved by the House on Wednesday, negotiators worked late into Thursday evening to broker a deal but deadlocked over Republican demands for steep cuts in pay and benefits by the United Automobile Workers union in 2009.

“It’s over with,” the Senate majority leader, Harry Reid of Nevada, said on the Senate floor, after it was clear that a deal could not be reached. “I dread looking at Wall Street tomorrow. It’s not going to be a pleasant sight.”

Mr. Reid added: “This is going to be a very, very bad Christmas for a lot of people as a result of what takes place here tonight.”

The Republican leader, Senator Mitch McConnell of Kentucky, said: “We have had before us this whole question of the viability of the American automobile manufacturers. None of us want to see them go down, but very few of us had anything to do with the dilemma that they have created for themselves.”

After all, am I my brother's keeper?

'Are there no prisons?"

'Plenty of prisons,' said the gentleman, laying down the pen again.

'And the Union workhouses.' demanded Scrooge. 'Are they still in operation?'

'They are. Still,' returned the gentleman,' I wish I could say they were not.'

'The Treadmill and the Poor Law are in full vigour, then?' said Scrooge.

'Oh. I was afraid, from what you said at first, that something had occurred to stop them in their useful course,' said Scrooge. 'I'm very glad to hear it.'

'Under the impression that they scarcely furnish Christian cheer of mind or body to the multitude,' returned the gentleman, 'a few of us are endeavouring to raise a fund to buy the Poor some meat and drink, and means of warmth. We choose this time, because it is a time, of all others, when Want is keenly felt, and Abundance rejoices. What shall I put you down for?'

'You wish to be anonymous?'

'I wish to be left alone,' said Scrooge. 'Since you ask me what I wish, gentlemen, that is my answer. I don't make merry myself at Christmas and I can't afford to make idle people merry. I help to support the establishments I have mentioned-they cost enough; and those who are badly off must go there.'

'Many can't go there; and many would rather die.'

'If they would rather die,' said Scrooge, 'they had better do it, and decrease the surplus population."

It's not Scrooge's fault they are poor!

3:7 John said to the crowds that came out to be baptized by him, "You brood of vipers! Who warned you to flee from the wrath to come?

3:8 Bear fruits worthy of repentance. Do not begin to say to yourselves, 'We have Abraham as our ancestor'; for I tell you, God is able from these stones to raise up children to Abraham.

3:9 Even now the ax is lying at the root of the trees; every tree therefore that does not bear good fruit is cut down and thrown into the fire."

3:11 In reply he said to them, "Whoever has two coats must share with anyone who has none; and whoever has food must do likewise." 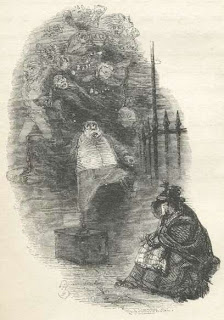