O God of Mercy, When?

Via Wounded Bird comes this:

Vice President Dick Cheney said Monday that he was directly involved in approving severe interrogation methods used by the CIA, and that the prison at Guantanamo Bay, Cuba, should remain open indefinitely.

Cheney's remarks on Guantanamo appear to put him at odds with President Bush, who has expressed a desire to close the prison, although the decision is expected to be left to the incoming administration of President-elect Barack Obama.

Cheney's comments also mark the first time that he has acknowledged playing a central role in clearing the CIA's use of an array of controversial interrogation tactics, including a simulated drowning method known as waterboarding.

"I was aware of the program, certainly, and involved in helping get the process cleared," Cheney said in an interview with ABC News.

Asked whether he still believes it was appropriate to use the waterboarding method on terrorism suspects, Cheney said: "I do."

Jonathan Turley all but predicted this:

TURLEY: What the administration is doing is they know that the people that want him to pardon our torture program is primarily the Democrats, not the Republicans. The Democratic leadership would love to have a pardon so they could go to their supporters and say, “Look, there’s really nothing we could do.”

Well, the Bush administration is calling their bluff. They know that the Democratic leadership will not allow criminal investigations or indictments.

What would the argument be? Jack Goldsmith, another law professor who once described the threat of prosecutions of Administration officials for authorizing torture as “the judicialization of international politics,” provides it:

He explains that in his view the “danger now is that lawyers will become excessively cautious in giving advice and will substitute predictions of political palatability for careful legal judgment.”

The best way for the Obama administration to establish a record of what happened under President Bush without further debilitating our national security system is simply to let the many current investigations run their course.

Which may be exactly what Obama does:

The Obama plan, first revealed by Salon in August, would emphasize fact-finding investigation over prosecution. It is gaining currency in Washington as Obama advisors begin to coordinate with Democrats in Congress on the proposal. The plan would not rule out future prosecutions, but would delay a decision on that matter until all essential facts can be unearthed. Between the time necessary for the investigative process and the daunting array of policy problems Obama will face upon taking office, any decision on prosecutions probably would not come until a second Obama presidential term, should there be one.

Meanwhile, today, three of five Bosnians who have been prisoners in Gitmo since 2001 were finally repatriated (albeit in shackles) to Bosnia. As an earlier report on the order of their release noted:

With this as the first of many Guantanamo cases due to be reviewed by federal judges in the coming months, Thursday's ruling will likely be seen as a signal to other judges to be skeptical of the government representations.

In fact, the case ruled on today has become a prime example of the moving target the government has presented as legal justification for many of the detentions.

This may be what spurred Cheney's ire. He hasn't been able to establish a law-free system of imprisonment, and so as he leaves he makes his lawless position clear. Grandmere Mimi calles him shameless. Dick Cheney is worse than shameless. He is defiant. This is Cheney daring Obama to prosecute him. He knows Obama won't do it. Or rather, he doubts Obama will do it. As do I.

If he doesn't, we are a government of men, not of laws, and Dick Nixon is proven right: when the President (or Vice-President) does it, it's legal.

Prosecuting all the other actors in this mess now, without pursuing Dick Cheney, would make the entire affair pointless and an offense to justice. But will it happen?

Is there a Santa Claus? 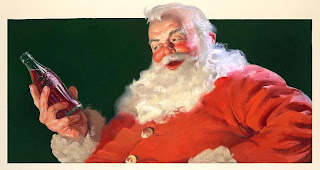