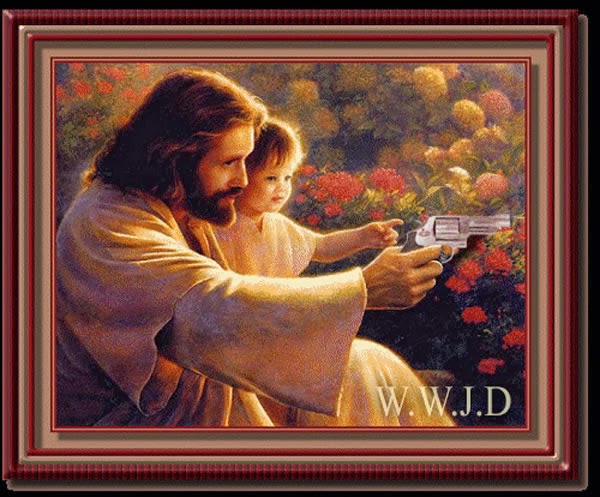 Apropos of nothing really, but the question of salvation, and of competing soteriologies; but when I say that some soteriologies put emphasis on salvation not just of the "unsaved" but of those who are "saved" and so have a burden to save others, this is what I mean:

In an effort it's spokesman has described as 'Outreach to Rednecks,' the Kentucky Baptist Convention is leading 'Second Amendment Celebrations,' where churches around the state give away guns as door prizes to lure in nonbelievers in hopes of converting them to Christ."

Of course, that conversion is not in any sense radical (listen to the gun rights speech in the video at the link, for example).    Being in the world is fine; not being of the world is apparently secondary to being "saved."

Which is where I throw out the baby with the bathwater (and pretty much have done since high school; I just have more complex reasoning behind it now), and discard the whole idea of "salvation."

I'm not sure what doctrine of Christianity has distorted the teachings of the Gospels and the Bible as whole, than the ideas of salvation that lead to ideas for "affinity evangelism" like this.