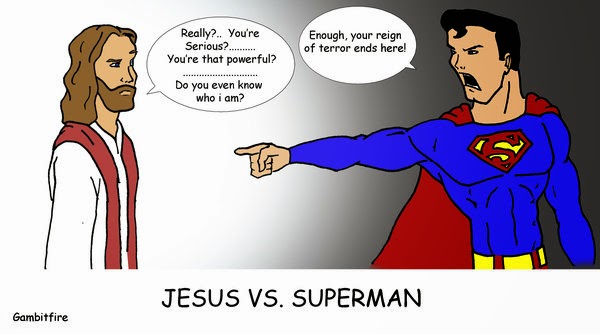 This slipped beneath the waves at Slate (only 50 comments when last I looked, and the last 2 days ago.  I had to find it through Google; there is no apparent link on the front page of Slate by now.  And, interestingly, all the comment are about how the Pope can or cannot change the nature, structure, policy, or direction of the Catholic church by fiat.  Nobody, and I mean nobody who commented, sympathetic or antagonistic to the Pope or the Roman church, offered to put a shoulder to the wheel.  Very telling, that.), which is (hello again!) unfortunate.  It is an excellent piece on the nature of churches and what they've become and what they should be.

Did you know Augustine was pressed into service as a Bishop?  The people demanded it, they forced the office on him.  Now, of course, the office seems more to be forced on the people, and the people seem more and more to think their role is to accept or reject what the Church imposes on them.  Yes, I speak in broad generalities again, but then so does Baumann; and how can you avoid it, on a subject like this?

The fixation on the papacy trivializes the faith of Catholics, the vast majority of whom throughout history have had little knowledge of, and no contact with, any pope. Traditionally, the papacy was the court of last resort in adjudicating disagreements among the faithful. But in the last century or so it has increasingly become the avenue of first resort, determined to meddle in every theological or ecclesiological dispute. If American nuns are flirting with novel styles of ministry, the Vatican intercedes. If translations of liturgical texts incorporate a bit of inclusive language, Rome takes out its red pencil. This meddling Vatican infantilizes the church’s bishops, who seem to change their tune (as well as their dress) in response to every new papal fashion. Bishops in turn demand deference from the clergy and laity. The consequences have been all too clear: As in any heavily top-down organization, local initiatives fail to gain a foothold, or fizzle out for lack of dynamic leadership, and apathy prevails in the pews. Institutional gridlock and paralysis have become the norm. Seminaries are empty, and clerical talent is thin on the ground.

I've been in one of those empty seminaries.  In St. Louis, one of the most Catholic cities in America ("More Catholics than you can stir with a stick," my puckish Roman Catholic priest Pastoral Care teacher said of it.)  It was a huge complex built for an earlier age, with tiny cells for each student, but hallways you could literally drive a sports car down (I had an MG Midget at the time, and I could have driven it down the halls and turned around again.).  It was built to house hundreds.  It was as empty as a tomb.  Was this because of "the fixation on the Pope"?  No, probably not; but Bauman's point still stands.  When the institution becomes its own reason to exist, the congregation no longer does the work of the people (leitourgia), they expect the institution to do the work for them.

And too often, the institution obliges.

This is not a slap at the Roman Catholic church or its hierarchy.  Things are much, much worse in the Protestant churches, where congregations are more likely to be served than to be servants (not that congregations should serve the church, but in general, they aren't interested in serving anybody).  In the 19th century when no one was as comfortable as most of us are now, immigrants from German speaking areas of Europe founded orphanages, nursing homes, hospitals, mental asylums, even a place for workers on the river boats at the mouth of the Mississippi, far from the St. Louis area, in order to serve others.

Any church intent on doing that today?  Any mainline denomination committed to such service, committed not by its hierarchy or its judicatory, but by its people in the pews?  Anybody looking for an Augustine to serve them as Bishop?

This turns gloomy rapidly if you look at it too simplistically.  The fact is, of course, people want communities to belong to.  It's a fundamental reality of being social animals.  We want churches or "atheist churches" or sci-fi conventions are atheist conventions or websites or social media or something we can contact other people through, and come into contact with other people through.  But left to our own devices most social constructs break down very rapidly, as whatever brought us together soon wears out and we drift apart, looking again for something new to bring us together with less familiar people, so the novelty will be renewed.

And we tend more and more to look for that novelty in individuals whom we can make over in our own preferred image.  Until the novelty wears off again, at least; or they annoy us by not sticking to the image we'd hoped they'd conform to.

Baumann offers the right corrective for this:  rather than waiting for someone to save us from ourselves, we must get out of ourselves (is there a mathematical formula for that, yet?):

Lex orandi, lex credendi  is one of the church’s most venerable teachings. Roughly translated, it means that the church’s worship determines its theology, or as the catechism puts it: “The law of prayer is the law of faith: The Church believes as she prays.” Whatever their ideological disagreements, Catholics will find unity, and a less anachronistic relationship with the papacy, in practicing their faith together—or they will not find unity at all. That may mean that the same-sex couple in the pew next to you will provide a more faithful example of Christian witness than you might now imagine possible. Or perhaps the ardent piety of a Latin Mass enthusiast will lead you to reconsider parts of the church’s tradition you have long dismissed as irrelevant and sterile. In any event, the church’s unity and renewed vitality will be—must be—a gift that the faithful bring to the pope, and not the other way around.

For the church, the joining point is corporate worship.  Which answers the question "What is worship for?"  It also assumes the essential nature of hospitality, hospitality as the baseline to what it is to be human, to be Christian.  We should add to that the sense that we are all guests here; that the second part of Leviticus 25:23 adjures us all to remember where we came from:  "The land shall not be sold for ever: for the land for ye  are strangers and sojourners with me."  The earth, we do well to remember, is the Lord's, and all that fills it.

That includes us.  And while we may need someone to inspire us, to show us the way; we don't need anyone to do it for us.  We are God's, too; and being a little lower than the angels, and (Romans) heirs with Christ (co-equal, in other words, not secondary), we'd do better to live up to our obligations.