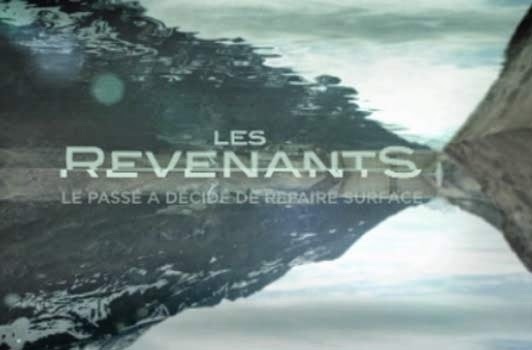 I don't do this often, but having just finished watching season 1 of "Les Revenants" on Netflix, I cannot praise the series strongly enough.

Wikipedia will give you a good rundown of the show, and even an episode synopsis, which you don't want to read if you have any chance of watching this at all.  It is, as Forbes says, far superior to anything on American TV.  Like "The Prisoner" (the original, not the awful AMC remake) it is bizarre and wholly self-contained.  I'm a bit concerned with what the second season will bring, because the first season answered all questions without the usual American heavy-handed answer.  In the end, it isn't a dream, and the government isn't doing something with aliens in the French Alps.

But the government is the ultimate heavy.  Oop, there I go, giving something away already.

If you want to avoid the Wiki re-cap, let me give you suggestions of what happens.  But let me first say, yes, this is like "Twin Peaks," but the first season, and not afterwards.  In fact, if "Twin Peaks" had stopped with the first season, it would have been better.  Perhaps I'll be saying that about "Les Revenants" one day, but I don't think so.

So, small French village in the Alps, complete with lake created by a dam that also provides electricity to the village, and with an "American Diner" (really, this kind of stuff is worth watching first to see how the French live (cafe au lait bowls!  They aren't just tourist kitsch!) and for what they think an "American diner" would look like. ) The French take on American kitsch is always entertaining.

Anyway, a young girl comes back to life, walking into town from the gorge where she died when the school bus she was on plunged over the mountain road into the ravine below.  More dead return, just a few, and the first problem is:  how do the living accommodate the dead?  The dead want to pick up where they've left off, but they left off 4, 7, even (it turns out) 35 years ago.  Why are they here?  What do they want?  Why are they so hungry, and why don't they sleep?

Some of these questions are answered, some are not (but you can make reasonable conjectures, especially about the inability to sleep.  Well, then they do, so....).  The story moves back and forth between the present and the past, carefully filling in the back stories of the many families affected by this event, showing us sometimes, and sometimes not, how the dead, well...died.  Nothing is really explained, until the end of the season.  And still some things are left open:  was it Camille who died, or her twin Lena?  I still think....but I can't say.

The explanations are up to you; there is no narrator to string this together, no single point of view to guide you to the conclusion, nothing whatsoever that clubs you over the head.  Are the dead dangerous?  No; except when they are.  Why do some people not die after the dead return, but some do?  What was death like?  Why only one girl from the school bus, and not the rest?  And what's with the goats floating in the lake?

The lake level is dropping mysteriously.  Where is the water going?  Power goes off, then comes on, then goes off again.  The dead are corporeal, but they disappear and enter closed rooms (echoing the resurrection stories of the Gospels!).  Is it a general resurrection of the dead before the End?  Is it an apocalypse (a revelation; apocalypse is, more or less, the French title of that final book of the Christian scriptures)?  Do they mean no harm?  Or do they mean great harm?

It's eerie; it's in French (subtitles will not hurt you!); it has lesbians and nekkid wimmen (it's France!) and even a full-frontal nekkid dude (the French don't cover their corpses in the morgue.  Makes you wonder why we bother....).  And it includes butterflies and dead animals which aren't dead yet.  Or were; maybe.

I'm telling you, this stuff is great! Intelligent, emotional, substantial, so close to real you're afraid it could be, with a satisfying conclusion that suggests rather than declares (always the most satisfying way to handle this kind of idea).

And little French child actors can scare the bejesus outta ya, without doing a thing but not blinking.  I swear, this one kid could stare down a cat.