Propping up the agit 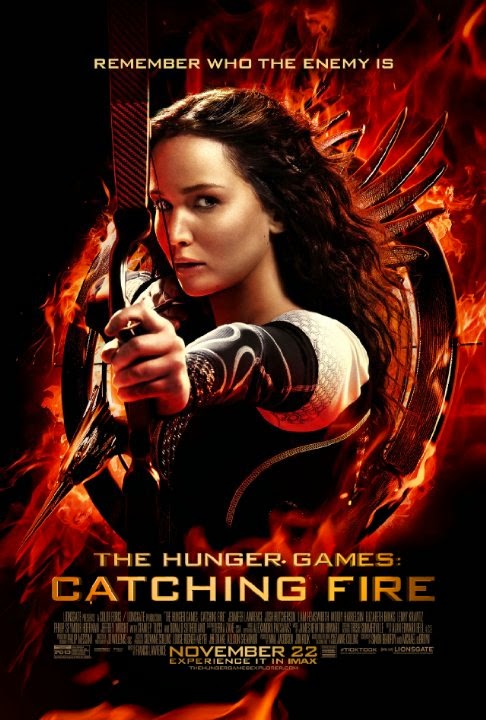 
The reassuring message about the value of not being “normal,” delivered by the most normal-looking, generic character imaginable, works on both. When we convince ourselves that “Divergent” or “The Hunger Games” contains any sort of lesson about resisting authority or speaking truth to power, we have already accepted their central premise that personal liberty, as defined by contemporary capitalism, is a precious virtue and that it might someday be under threat from somebody, somewhere. The villainous daddy-state presided over by Donald Sutherland (in “Hunger Games”) and Kate Winslet (in “Divergent”) is as much a paper tiger as the corrupt old regime of landlords and kulaks seen in Soviet boy-girl-tractor romances of the 1930s. The model of individualism presented as so noble and so embattled in these oxygen-propaganda movies is in fact the authoritarian ideology of our time, the instrument used by the 1 percent to drive down wages, dominate and distort the political process and make all attempts at collective action by those below look stodgy, embarrassing and futile.


I haven't read the novel the movie "Divergent" is based on, and I don't plan to.  I have read the Hunger Games Trilogy, and found it serviceable until the ending, which was weak, but explainably so.  Think of it in terms of the vocabulary of "The Matrix," when Neo starts talking about "systems of control," and how the Messiah he is supposed to be, is just one more of those systems.  He's right.  When we expect Messiah to save us from ourselves, we're always going to be disappointed.  We're not looking for a savior if we expect one to save us from evil; we're looking for a new system to control our lives, and do a more pleasing job.

Interestingly, at the end of Hunger Games, Katniss is not a happy messiah.  She figures out the war between the city of Donald Sutherland and the science zone (it's been a while since I read the books, so I'm a bit vague) is just another battle for control; and, of course, if there's anything teenagers (especially) suspect, it's control, especially from adults.  Which kind of deflates O'Hehir's analysis, here.  It's not that "The Hunger Games" is a frame that fools us into accepting the conditions imposed by the 1percent; it is that all systems of control, all quests for power, lead back to this same situation: be careful what you ask for, you might get it.  You want to depose the powers that are in control and making your lives miserable; but whose lives, then, do you make miserable so you can be benevolently in control?

I think the critique, in other words, can go deeper and be far more salient than O'Hehir imagines.  He who would be first of all must be last and servant of all.  Which is not even the goal Katness pursues; she just wants to be left alone; not even, like Candide, to tend her own garden; just to be a teenaged girl, without any real responsibilities to anyone else.

It's that model of individualism that has been sold to us since at least my childhood:  that what you do matters only to and for you; that this Bud's for you!  That you can live the independent life and be unique, just like everybody else who buys this product!  What a story like "The Hunger Games" recognizes is that attempts at collective action are themselves not necessarily collective.  And that, for better or worse, is the new reality.  We may long for the halcyon days of the labor battles and the rallying cries of workers united, or of any collective action we nostalgically remember.  What we can't do is recover it.  What we have to do, is try something radically different.  Even YA novels understand that; which is why they look ahead and see dystopias.

Maybe collective action needs to be based on what you do for someone else; not what any group of people does on behalf of any idea of what the collective is; or wants.