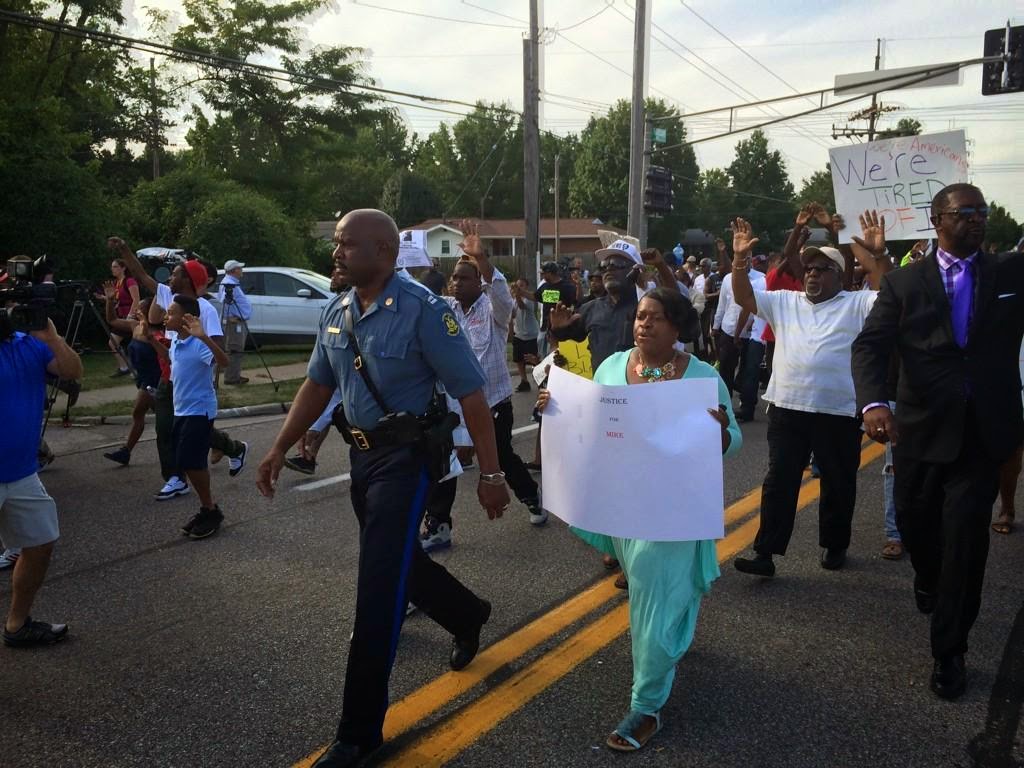 So this morning the hero of Ferguson is Capt. Ronald Johnson of the Missouri Highway Patrol, because he didn't take to the streets in an MRAP or deploy another SWAT team or send everyone out heavily armored and armed in riot gear that made them look like Darth Vader wannabes.

He walked in a protest march in his shirt-sleeves.

If the militarized response of the Ferguson and St. Louis County police was the Dick Cheney response to the situation in Ferguson, this is the Martin Luther King, Jr., response.  This is the response of compassion and humanity, not power and authority.  This, not complaints and acid-tongued articles and screaming internet comments, is how you turn a populace against the militarization of the police which has taken place.  Missouri Governor Jay Nixon this morning is already admitting such 'militarization' made Ferguson less safe; and in a rapid turnaround, the name of the officer who shot Michael Brown is expected to be revealed today.

And all of this is in response to indignant bloggers (yours truly included), and nasty articles all over the internet, and fevered comments on Twitter?

No; it's due to one person finally doing the right thing.  Funny how effective one person can be.

And if we learn a lesson from it, maybe that lesson is that Dick Cheney's response is not the one size that fits all; and some of the simplest lessons of Dr. King, of compassion over power, humanity over demonization, are still valuable.