A funny thing happened on the way to the Denial of Responsibility Party.... 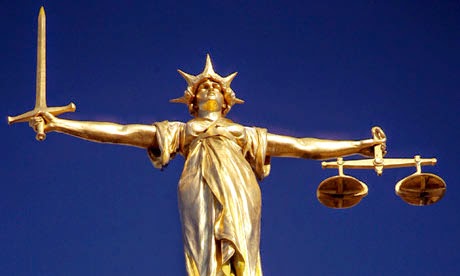 Charlie Pierce was right, the Senate Report tried to put the onus of blame for torture on the CIA alone. Which means, of course, no one is responsible because whoever did it was "rogue" and we can't name them, anyway.

Fortunately, Dick Cheney will have none of it:

"The notion that the committee's trying to peddle, that somehow the agency was operating on a rogue basis, and we weren't being told or the President wasn't being told, is just a flat out lie," he later added.

The CIA is ever so grateful for the clarification.  Now, if we could just get the DOJ to enforce the law:

As used in this chapter—

(1) “torture” means an act committed by a person acting under the color of law specifically intended to inflict severe physical or mental pain or suffering (other than pain or suffering incidental to lawful sanctions) upon another person within his custody or physical control;

(A) the intentional infliction or threatened infliction of severe physical pain or suffering;

(C) the threat of imminent death; or

(D) the threat that another person will imminently be subjected to death, severe physical pain or suffering, or the administration or application of mind-altering substances or other procedures calculated to disrupt profoundly the senses or personality; and


I still don't see how you redefine what's detailed in the Senate Committee Report as "interrogation techniques" and not "torture."  Or why we should allow administrations and agencies to come up with their own definitions when it is convenient.

I mean, Cheney just handed them the case on a silver platter.  We're still a nation of laws, right?  Or does that only apply to certain men?