December 3, 2014: The Diffusion of the Illustrious Religion of Ta-ch'in in the Middle Kingdom 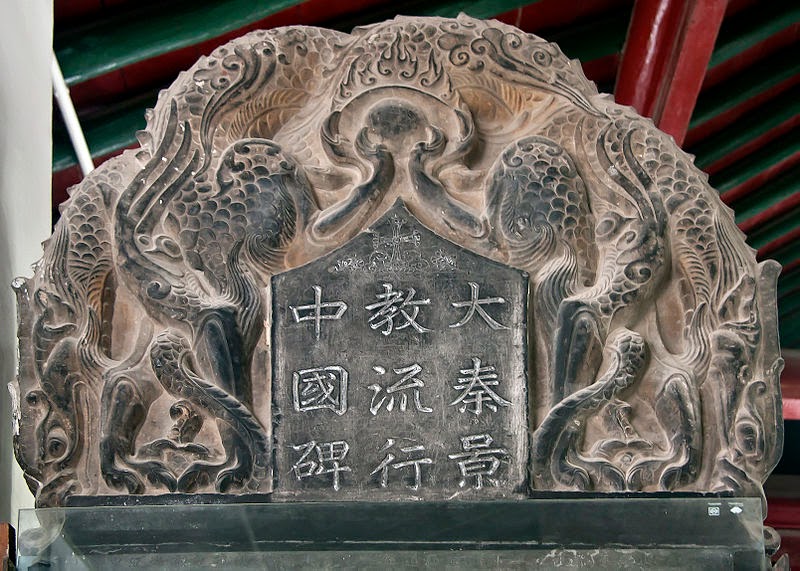 Some point to the creature,
to trust in it as the ultimate.
Some take things and nothingness,
and destroy the two.
Some pray and sacrifice to induce blessings.
Some set forth their own merit to deceive others.
Wise counsels were a-buzz.
Thoughts and feelings were a-toil.
Far and wide (they went) without achievement.
The dry hastened to turn to burning.
As darkness gathered they lost their way,
until confusion was beyond return.
Whereupon our Trinity became incarnate:
The Illustrious Honoured-One, Messiah,
hid away his true majesty,
and came into the word as a man.
An angel proclaimed the joy.
A virgin bore a Sage in Syria.
A bright star was the propitious portent.
Persians saw its glory and came to offer gifts.
He fulfilled the Old law
of the Twenty-four Sages discourses,
governing tribes and nation....
He determined the salvation of the Eight Stages,
refining the earthly and perfecting the heavenly.
He revealed the gate of the Three Constants,
unfolding life and destroying death.
He hung a brilliant sun
which scattered the regions of darkness.
The Devil's guile, lo, he has utterly cut off.